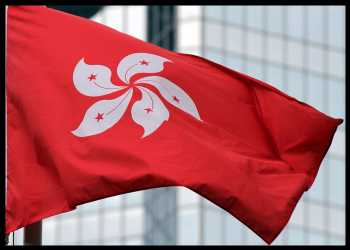 Hong Kong unveiled a record high budget deficit for the next fiscal year as the government plans to implement counter-cyclical measures of a massive scale of over HK$120 billion to kickstart the economy that sunk into recession after political unrest, and whose outlook is further damped by the coronavirus outbreak.

In his 2020-21 budget speech, Finance Secretary Paul Chan said the fiscal deficit for next year will rise to HK$139.1 billion, accounting for 4.8 percent of GDP.

Deficits are mainly caused by the fact that government revenue cannot keep up with drastic increases in government expenditure, said Chan.

The government runs a fiscal deficit of HK$37.8 billion for 2019-20, the first time deficit for Hong Kong over the past 15 years. This was equivalent to around 1.3 percent of GDP.

Chan said four rounds of relief measures costing over HK$30 billion together with another HK$30 billion Anti-epidemic Fund established in response to the recent novel coronavirus outbreak, was the major reason for the 2019-20 deficit.

He unveiled a slew of tax breaks and relief measures to overcome current challenging environment. The government introduced a concessionary low-interest loan for SMEs and reduced profits tax.

The economy contracted 1.2 percent in the whole year of 2019, which was the first annual fall since the great recession of 2009. thus, the earlier estimates were confirmed.

The economy contracted 2.9 percent year-on-year in the fourth quarter of 2019 after a 2.8 percent shrinkage in the previous three months.

The Hong Kong economy thus entered a technical recession, which is defined as two consecutive quarters of GDP decline.

The quarterly year-on-year decline in GDP was driven by a 25 percent slump in exports and a 16.2 percent fall in gross fixed capital formation.

Having regard to the stimulus effect of the fiscal measures, Chan forecast the economy to grow by -1.5 percent to 0.5 percent in real terms in 2020.

According to Chan, the economy will expand by an average of 2.8 percent per annum in real terms from 2021 to 2024, which is below its potential.

Headline inflation and underlying inflation are expected to ease to 1.7 percent and 2.5 percent, respectively, in 2020.