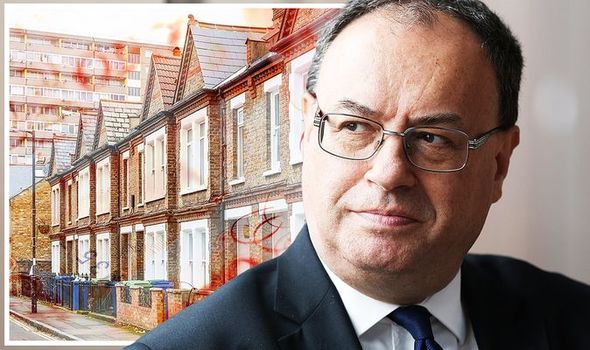 Commenting on the situation Peter Beaumont, CEO of The Mortgage Lender, said: “The Bank of England’s decision yesterday to keep the base rate at 0.1 percent will keep the market frenetic for at least another month. It’s an extraordinary time for the housing market, with mortgage rates at an all-time low but demand far outstripping supply, therefore pushing up asking prices for those properties on the market.” The frenetic nature of the housing market was revealed in Halifax’s House Price Index out this morning which found prices had hit a record high of £270,000 for the average property. That represents an 8.1 percent annual change and an average increase of more than £2,500 just on last month.

With an increase in interest rates expected at least at some point in the future Halifax warns there may be some cooling in the housing market but adds that it may not be by as much as expected.

Managing Director Russell Galley said: “Borrowing costs will still be low by historical standards, and raising a deposit is likely to remain the primary obstacle for many.

“The impact on property prices may also be tempered by the continued limited supply of properties available on the market.”

House prices for first-time buyers rose faster than for movers, up 9.2 percent, suggesting some at least are managing to raise deposits, often relying on support from relatives.

Sarah Coles, Senior Personal Finance Analyst at Hargreaves Lansdown, pointed to the role of the bank of mum and dad in powering growth at the moment suggesting this was creating a feedback loop.

Ms Coles explained: “As house prices rise, parents feel more confident about dipping into the equity in their home in order to give their children cash to help them onto the property ladder.

“This helps drive demand for first properties, which not only pushes up the price of these properties, but also gives second steppers more cash to make a move, and so the rise in prices spreads across the market.”

It has also described any expected rate rise as “modest”.

Head of UK residential research at Knight Frank Tom Bill said: “Interest rates were 0.75 percent in early 2020 before Covid struck and we wouldn’t expect any meaningful impact on prices or demand while they remain below that level.”

One factor which might make more of an impact than interest rates though is the cost of living which is expected to put a squeeze on household finances next year with inflation tipped to reach five percent.

Mr Bill added this may cause demand to start “fraying around the edges” depending on how long this period lasted.

The Bank of England has suggested inflation may be transitory and fall back towards its 2 percent target later in 2022.

The growth found in Halifax’s index comes despite the end of the stamp duty holiday with Mr Bill commenting the growth continues to “defy economic gravity”.

Across the UK Wales remains the strongest performing area for growth with annual house price inflation at 12.9 percent.

Rises continued in Scotland and Northern Ireland while within England the North West proved the strongest performing region with double digit inflation of 10.4 percent.

London saw the weakest growth in prices with annual inflation at 0.8 percent, just under a tenth of the national average.

However with average prices at £514,907 the capital still remains well ahead of other parts of the country.