How Kuldip Verma made a risky $112,000 investment in Phoenix, Arizona, real estate that earned him $20 million

Kuldip Verma is a 72-year-old multimillionaire who has been buying and selling land in Arizona for over 20 years.

His journey to real-estate success through land investments began in 1995, when he bought 320 acres of land in Phoenix for around $450,000, putting just $112,000 down. People warned him not to do it because of the low demand for real estate in the area at the time, he told Insider, but he has since made $20 million off of the purchase.

The 320-acre buy was just the beginning of the empire Verma would go on to build.

In 2004, Verma founded Vermaland, a land banking and land developing company, which now owns over 25,000 acres and has brought in nearly $70 million in total profits. (Land banking is the practice of accumulating land over time that is later sold off, often in parcels, to developers.)

In an interview with Insider, Verma and his daughter Anita — the marketing director of Vermaland — broke down how he made a big bet on Arizona real estate that paid off.

Taking a chance on the southwest

Verma, who was born in India and earned his college degree there, started his career as an engineer, C Level magazine reported. He graduated from the Illinois Institute of Technology in 1972 with a masters in industrial engineering, then worked at Acme Barrel Company before launching his own engineering consulting firm at age 30. In 1985, he moved back to India to help with his family’s business, a successful company called Beltek TV that manufactured televisions.

In 1992, after Verma had moved back to the States, he moved to Phoenix, Arizona. Having retired from engineering, he was eager to dip a toe into a new industry: real estate.

The office building had no tenants when Verma took it over. It was being foreclosed on by the bank. People in his life advised him against such a risky purchase — but Verma had a vision.

A year later, he had converted half of the building into a successful wedding hall and, through aggressive marketing, was able to fill 80% of the remaining office space with tenants. In 2003, he sold it for a total of $4.5 million. 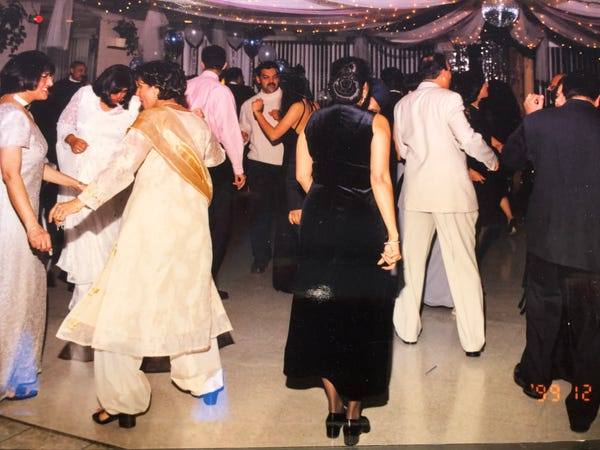 The land, located about 30 miles from the city, was beautiful, Verma told Insider. Mountains painted the backdrop. However, at the time, there was no real-estate development around it, The land market was almost nonexistent because, as Verma explained, the economy in the Phoenix metropolitan area in the mid-’90s was not strong.

Despite being told by family and friends — yet again — to walk away from the deal, Verma made the $112,000 down payment.

Over the next two decades, Verma sold off the land in phases to residential developers. Phoenix’s single-family home market picked speed; as it did, the value of each acre went up. In 2019, he sold off the last few acres for $4.5 million, bringing the total profit from the plot to $20 million.

Phoenix booms, and so does Vermaland

Verma decided to move to Phoenix when he returned to the US because he had researched migration trends and found the metropolitan area had a high net inflow. In fact, according to a 2016 report by Arizona State University, net migration to the state was “unusually strong” in the 1990s and early 2000s, mainly because of immigration.

His original dream was to develop single-family homes, he told Insider, but he discovered land investment was easier. After all, it only requires buying land and selling it to companies that in turn construct houses or other properties.

About 10 years after he bought the 320 acres, in 2004, Verma launched his own land banking and land development company called Vermaland.

Vermaland, as Anita explained, buys large tracts of land, subdivides them, and then sells the chunks to residential, commercial, and industrial real-estate developers.

The company hit a high note in 2005 and 2006. During that time, the Phoenix housing market was booming. Verm, who kept buying and selling in the area, ended up pocketing $50 million in profits over the course of those two years.

The financial crisis of 2008 slowed down the housing market, forcing Vermaland to target solar power developers instead of home builders. It bought land near power lines to resell.

In 2013, demand for residential properties began returning to Phoenix, so Vermaland pivoted back to selling land to residential developers.

Today, Vermaland is one of the largest land owners in Arizona, with more than 25,000 acres for sale. From 2007 to 2020, the company recorded about $20 million in profits in addition to the massive 320-acre sale that netted $20 million over 20 years. Verma has also made commercial investments following the success of his ’92 office building conversion.

Verma’s No. 1 piece of real-estate investment advice is to track migration patterns and establish an on-the-ground network of contacts.

“See where the people are moving,” he said. “Talk to as many brokers as you can so you can get a clear picture of what is going on in the current market.”