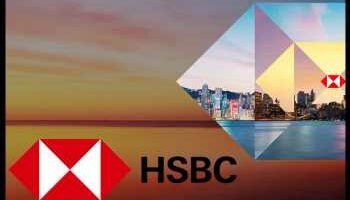 HSBC Holdings Plc shares were gaining In London trading as well as in pre-market activity on the NYSE after the Asia-focused lender backed its positive outlook after reporting significantly higher third-quarter profit. Further, the company announced share buyback of $2 billion, which will be commenced shortly.

Looking ahead, the bank said its revenue outlook is becoming more positive, with fee growth across many of its businesses and a stabilisation of net interest income. In the coming quarters, net interest income is expected to begin to increase from lending growth and earlier than anticipated policy rate rises.

Noel Quinn, Group Chief Executive, said, “Our strategy remains on track, with good delivery in all areas…. While we retain a cautious outlook on the external risk environment, we believe that the lows of recent quarters are behind us. This confidence, together with our strong capital position, enables us to announce a share buyback…”

For the third quarter, profit attributable to ordinary shareholders surged to $3.54 billion from last year’s $1.36 billion. Earnings per share were $0.18, more than double from prior year’s $0.07.

Profit before tax climbed 76 percent to $5.40 billion from last year’s $3.07 billion. The increase was driven by a release of expected credit losses and other credit impairment charges and a higher share of profit from associates.

Adjusted profit before tax was $6 billion, compared to $4.40 billion.