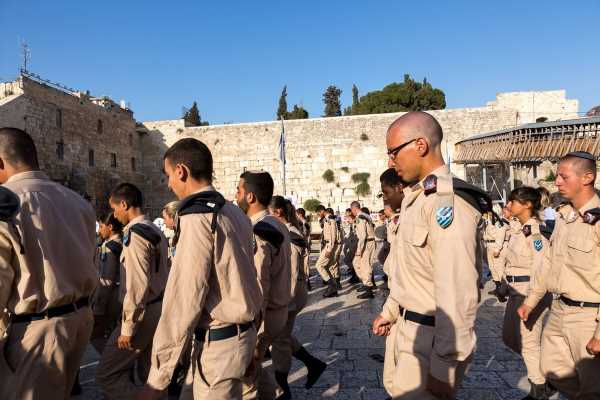 Israel to Draft Teens and Army to Fight Spread of Virus

Israeli Prime Minister Benjamin Netanyahu plans to deploy the military and an army of teenagers to help fight the coronavirus. He’s also weighing putting parts of the U.S. on a travel blacklist.

Young people and the army will be mobilized to disinfect public spaces such as railway and bus stations with bleach. Netanyahu is putting them on the front line after concluding “the pandemic is not afflicting children or young people.”

He also intends to use the air force to ensure Israel has “essential supplies” such as medicines and raw materials for medicines, according to a statement from his office late Saturday. He’s called the virus a “global pandemic,” using a phrase that some experts would agree with, but that the World Health Organization has refrained from employing because the disease has responded to containment measures.

There have been 25 confirmed cases in Israel and some 80,000 people have been ordered into home quarantine to try to contain the disease, according to the Health Ministry. The ministry’s deputy director Itamar Grotto told Channel 12 TV on Sunday that tens of thousands of people in the country of 9 million may contract the virus.

Authorities have barred travelers from some countries from entering at all, and from others unless they can prove they have somewhere to stay in quarantine for 14 days. It’s considering adding U.S. states to the latter list as the virus spreads in California, New York and Washington. Such a move is at risk of alienating the Trump administration, the Ynet news site reported.

Despite the disruption the coronavirus has caused, the Israeli government does not yet see significant impact on the economy. That could change if more people are infected and ordered into isolation, the Bank of Israel said last week.