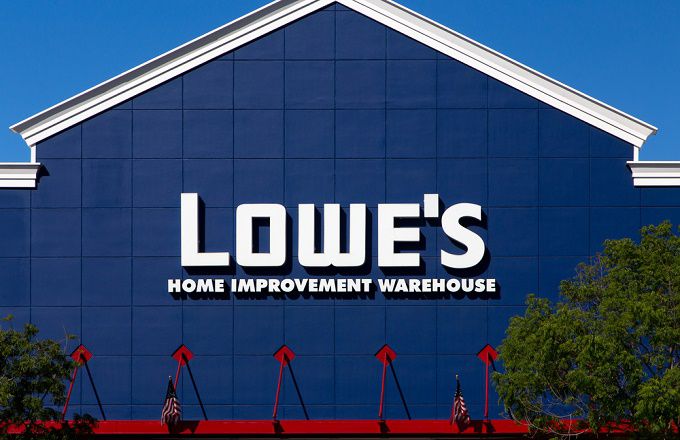 Lowe's Misses on Revenue and Fails to Hold Value Levels

Lowe's beat EPS expectations for the third consecutive quarter, and the stock is reasonably priced. Its P/E ratio is 18.82, and its dividend yield is 2.06%, according to Macrotrends.

The daily chart for Lowe's

The daily chart for Lowe's shows the stock has had a volatile ride since its low posted on Dec. 24, 2018. Note that a false "death cross" followed by a false "golden cross" is a sign of volatility. A "golden cross" confirmed on Aug. 9 had some staying power. This buy signal occurred when the 50-day simple moving average rose above the 200-day simple moving average to lead the stock higher.

The weekly chart for Lowe’s

How to use my value levels and risky levels: Stock closing prices on Dec. 31, 2019, were inputs to my proprietary analytics. Quarterly, semiannual, and annual levels remain on the charts. Each calculation uses the last nine closes on these time horizons.

My theory is that nine years of volatility between closes are enough to assume that all possible bullish or bearish events for the stock are factored in. To capture share price volatility, investors should buy shares on weakness to a value level and reduce holdings on strength to a risky level. A pivot is a value level or risky level that was violated within its time horizon. Pivots act as magnets that have a high probability of being tested again before their time horizon expires.

How to use 12 x 3 x 3 weekly slow stochastic readings: My choice of using 12 x 3 x 3 weekly slow stochastic readings was based upon backtesting many methods of reading share-price momentum with the objective of finding the combination that resulted in the fewest false signals. I did this following the stock market crash of 1987, so I have been happy with the results for more than 30 years.

The stochastic reading covers the last 12 weeks of highs, lows, and closes for the stock. There is a raw calculation of the differences between the highest high and lowest low versus the closes. These levels are modified to a fast reading and a slow reading, and I found that the slow reading worked the best.

Want to learn how to integrate trading levels into your everyday trading strategy? Check out my new publication, 2-Second Trader.

Disclosure: The author has no positions in any stocks mentioned and no plans to initiate any positions within the next 72 hours.