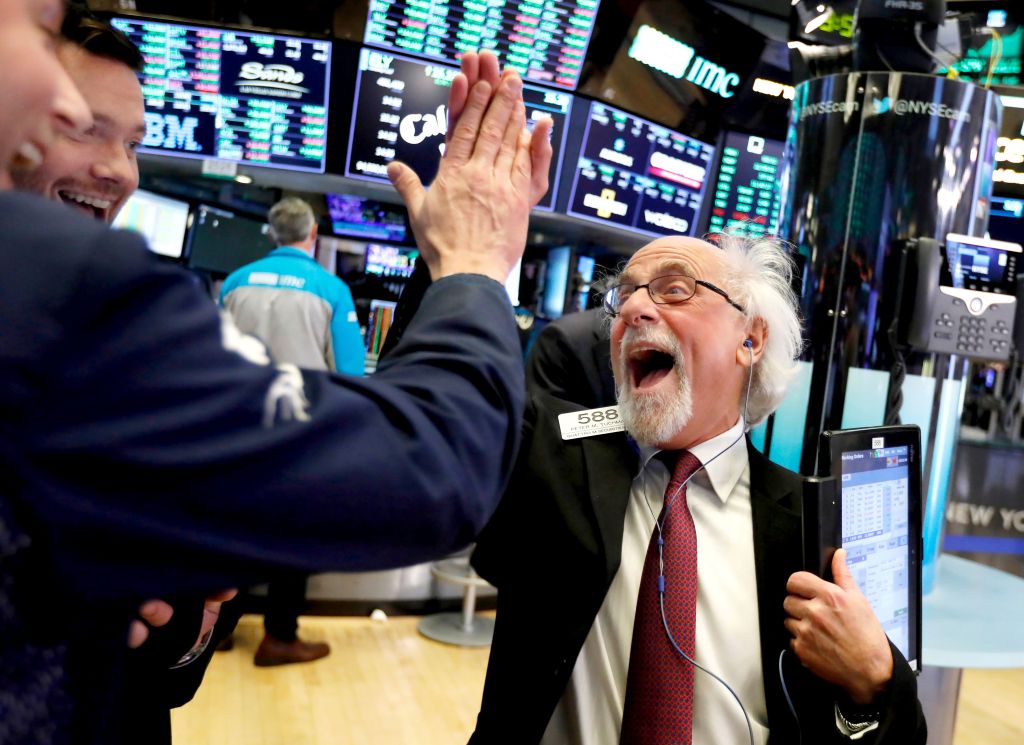 UPDATED with top media gainers: Relief was palpable Monday on the New York Stock Exchange – even through the TV – as cheers and clapping rocked the trading floor the close with the Dow Jones Industrial Average’s biggest one-day point gain ever, a glimmer of optimism after coronavirus fears rocked the markets last week.

The market had popped higher in the morning and stayed in positive territory throughout the session – a welcome uptick after extended losses that made last week the worst since the 2008 financial crisis. After bouncing a bit, always in positive territory, a late-session rally this afternoon drove it up by 1,293 points, or 5.09%.

The bump was attributed to anticipation that the Federal Reserve stands ready to cut its key interest rates to spur the economy – perhaps by 50 basis points as early as its upcoming March meeting. The Bank of Japan expressed willingness to stabilize markets with sufficient liquidity if needed. U.S. Treasury Secretary Steven Mnuchin and Federal Reserve chairman Jerome Powell will lead a call Tuesday with finance ministers and central bankers of G7 countries to discuss. Market players like the idea of some kind of coordinated intervention.

The gains Monday come despite news that cases of coronavirus infection are rising, although still minimal, in the U.S. Six people have died in Washington state and new cases have been identified in Rhode Island and New York. In China, the rate of infection appears to be slowing and production is coming back online. Apple, which has high exposure to Chinese production, saw its stock up by nearly 7%.

Pundits naturally remain wary of whether today’s gains are repeatable and warn that the situation and the markets remain highly volatile with entire sectors and global growth at risk. Flights are canceled and schools, movie theaters, stadiums, concert halls and all public venues in various cities around the world shuttered. Major conferences have been postponed. The mighty Louvre museum in France was closed for the second running Monday on coronavirus fears.