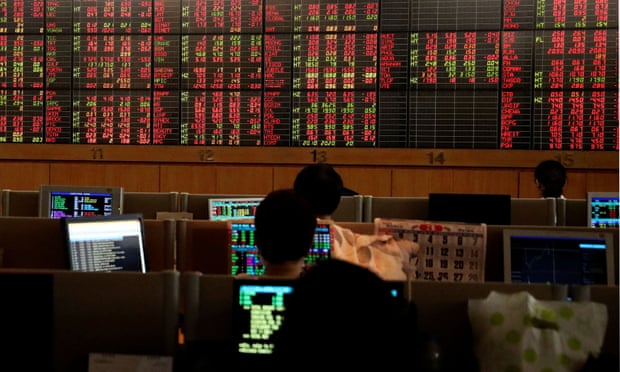 Markets rebound after worst day since 1987 amid coronavirus panic

Stock markets rebounded on Friday after enduring their worst day since 1987, but economists questioned whether more central bank action was needed to prevent further steep losses as the coronavirus pandemic worsens.

The FTSE 100 was up 7%, or 370 points, in late morning trading at 5,609 – although it remained about 1,000 points short of levels at the end of last week. Wall Street futures pointed to similar gains in the US when markets open.

However, even large percentage gains on Friday left European stock markets far below levels of even two days ago, after a global market rout of historic proportions on Thursday. The selloff was sparked by concerns the outbreak will derail global growth and company earnings.

A day after plunging by a record 17%, the FTSE MIB in Milan regained 14% after Italy – the worst affected European country by Covid-19 – banned short selling on a number of listed companies, including Juventus and Lazio football clubs. Spain imposed similar restrictions, and its Ibex index gained 7.5%.

Oil prices also recovered, with Brent crude futures prices rising 5.9%, or $2, to more than $35 per barrel. However, analysts polled by Reuters have drastically cut their average forecasts for oil prices over the course of the year, from above $60 per barrel to only $42, amid a price war between Saudi Arabia and Russia.

More central banks on Friday moved to try to prop up their economies. The People’s Bank of China said it would lower the amount of cash that banks lending to businesses needed to hold in an effort to stimulate more loans. The Bank of Japan also promised to boost liquidity in markets used for bank financing.

Adam Slater, lead economist at the consultancy Oxford Economics, said central banks faced a “formidable challenge” as the pandemic added to company vulnerabilities that were already evident, such as high debt levels and cash shortages.

“The coronavirus is set to sharply cut global growth and also risks sparking substantial levels of financial distress among both businesses and households, potentially cascading into the banking sector,” Slater said.

On Thursday the US Federal Reserve promised $1.5tn in liquidity support for bond markets, after the coronavirus outbreak caused disturbances in the crucial market for US government bonds. The European Central Bank (ECB) also took steps to boost lending by eurozone banks, but markets still took fright as it held interest rates steady.

Economists expect more interventions from both central banks in the coming weeks.

Luigi Speranza, chief global economist at BNP Paribas, said: “The lack of an explicit commitment [by the ECB] to do ‘whatever it takes’ in response to the shock caused by Covid-19 was noticeable.

“We think the ECB is even more likely than before to have to revisit its toolbox in order to re-establish confidence in its determination to deal with the crisis in an effective manner.”