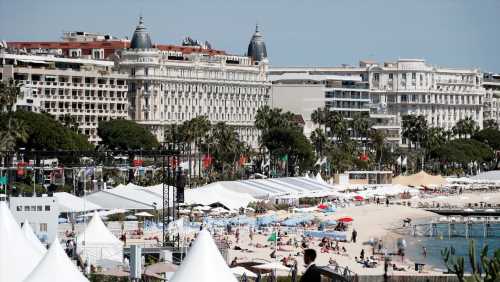 The cancellation of MipTV due to the Coronavirus outbreak is raising questions over the viability of the Cannes Film Festival and market, which take place in the same location only six weeks later.

MipTV was scheduled to take place March 30-April 2, while the film festival and adjoining market are slated for May 12-23.

The festival had no new comment this evening when contacted by Deadline after news broke of the Mip cancellation. This is a very fluid situation, however. There is likely to be an update tomorrow or in coming days.

Until now, Cannes has tried to maintain a business-as-usual approach. The festival has been receiving and considering movies and is due to announce its lineup in mid-April. The Mip cancellation will bring added pressure on the iconic film showcase to follow suit, however.

Only a few days ago, both events issued a similar statement saying they were “monitoring the latest guidelines provided by national and international authorities regarding the coronavirus” and that “all the necessary measures would be taken to ensure the protection of all attendees and preserving their health during the event in Cannes.”

The MipTV cancellation comes after the French government temporarily banned gatherings of more than 5,000 people due to the global outbreak. The Cannes Film Festival sees around 200,000 people pass through the Riviera city in 12 days.

France has more than 250 cases of the virus and Cannes itself recorded its first case last week. Some cinemas in northern France are closed. In neighboring Italy the picture is worse, with hundreds of schools and universities closed, as well as entertainment venues, and the number of new coronavirus cases is rising rapidly.

The cancellation of the world’s biggest film festival and market would be a significant blow. Cannes is coming off a banner year having hosted movies including eventual Oscar Best Picture winner Parasite, and eventual Oscar-nominated films Once Upon a Time in Hollywood, Pain and Glory and Les Miserables. The confab remains one of the most lucrative, well-attended and buzzy platforms for launching movies.

The festival hasn’t had to cancel an edition since socio-economic protests hampered the 1968 festival and that was only halfway through the event. In 2003, SARS resulted in lighter attendance from Asia, but it has been 70 years since a Cannes Film Festival didn’t happen at all.

MipTV is an event almost entirely reliant on industry exhibitors, whereas Cannes is also a public-facing festival, so organizers could try to plow ahead with a scaled-back event or postpone it until later in the year. But the film industry’s already busy fall schedule would make any postponement a major headache.

Industry professionals we spoke to Wednesday expressed differing views on a potential Cannes cancellation or postponement.

“If Mip is cancelled, I think Cannes will follow,” one leading French producer forecast just before Mip was pulled.

One market veteran from an indie studio said a cancellation would be “terrible.” A Los Angeles-based communications executive added they would be “gutted” not to attend.

But one leading U.S. seller, voicing a common sentiment among those we spoke with, said, “I think there would still be a fair amount of business to be done via phone, Skype and email. The bigger, more commercial movies can sell perfectly well in that scenario. Some movies may elect to wait until the fall before launching which would make Toronto more of a pre-sale market than usual. Business on smaller films and on would-be festival titles would be more of a struggle. On the other hand a lot of those smaller sales companies and art house buyers – who have been having a tough time of it anyway – may welcome being able to skip the significant expense of attending. Overall I don’t see it as a particularly disastrous scenario.”

A veteran European producer posited: “We’d have to keep in touch via email and conference calls. The financing business shouldn’t be harmed too much, though sales would be more complicated and would take more time.”

Meanwhile, one German distributer mused: “The industry would have to find other inventive ways to transact. This is an era of massive change, so let’s embrace that, even if it is unfortunately prompted by this awful virus.”

Another international buyer noted: “But if Toronto becomes a much bigger market, what does that do for AFM? The whole thing is a mess.”

The potential loss of Cannes had at least one festival regular questioning whether the event would ever entirely recover if industry coped adequately with its cancellation. And that wasn’t the only moody scenario being contemplated.

As one buyer quipped, “Maybe Trump will find a vaccine and then get re-elected.”