Dr. Anthony Fauci on Thursday said U.S. public health officials are “keeping a very close eye” on a new variant of Covid-19 that was first detected in Columbia.

Known as B.1.621 or the “Mu variant” according to the World Health Organization nomenclature, it has “a constellation of mutations that indicate potential properties of immune escape,” according to a WHO report released on Monday. “Preliminary data presented to the Virus Evolution Working Group show a reduction in neutralization capacity of convalescent and vaccinee sera similar to that seen for the Beta variant, but this needs to be confirmed by further studies.”

Today, he Los Angeles County Department of Public Health announced the Mu variant, for the first time, has been identified in the region. The numbers are still small; Only 167 Mu variants have been ideantified in L.A. County thusfar. “These specimens were sequenced between June 19 and Augusts 21, with the majority of Mu specimens sequenced in July,” according to a statement from county public health officials.

There was no mention of those cases the day before from Public Health Director Barbara Ferrer briefed reporters on L.A. County’s Covid response. Mu, which is classified by WHO as “variant of interest,” did on the chart Ferrer presented Thursday, which graphed only “variants of concern.” Even if it had been, however, it would have barely registered next to Delta which, she said, is 99% of all variants identified. 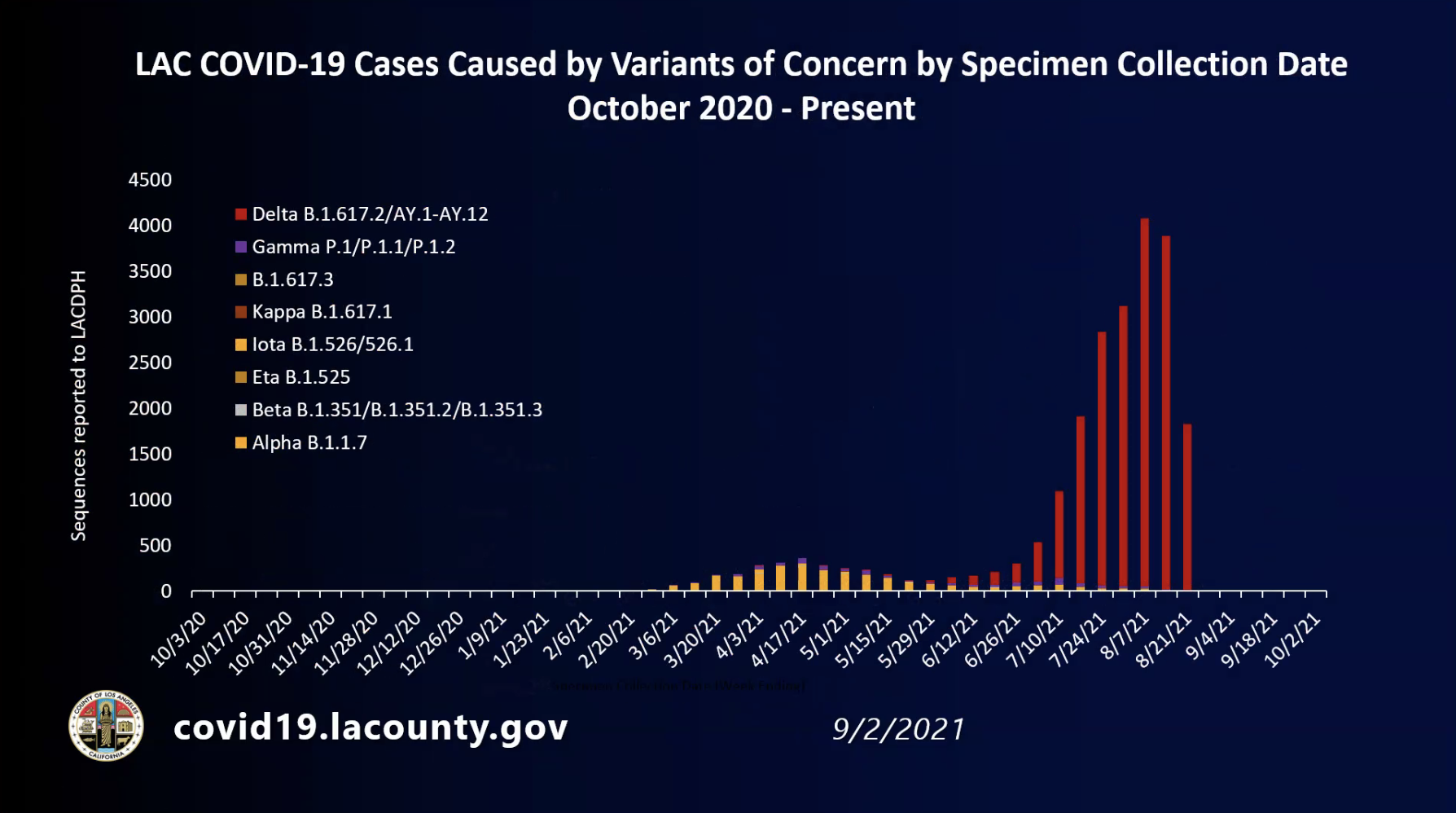 Speaking of Mu Fauci said, “This variant has a constellation of mutations that suggests that it would evade certain antibodies, not only monoclonal antibodies, but vaccine- and convalescent serum-induced antibodies…But there isn’t a lot of clinical data to suggest that. It is mostly laboratory in-vitro data.”

Mu was first detected in Colombia in January of this year. It has since been reported in 39 countries. According to the Washington Post, 2,000 Mu cases have been identified in the United StatesM, including in California, Florida, Texas and New York. The California Department of Public Health told the Post on Thursday that 348 Mu cases had been identified so far.

L.A. officials confirmed 2,673 new cases of and 37 new deaths due to Covid today.