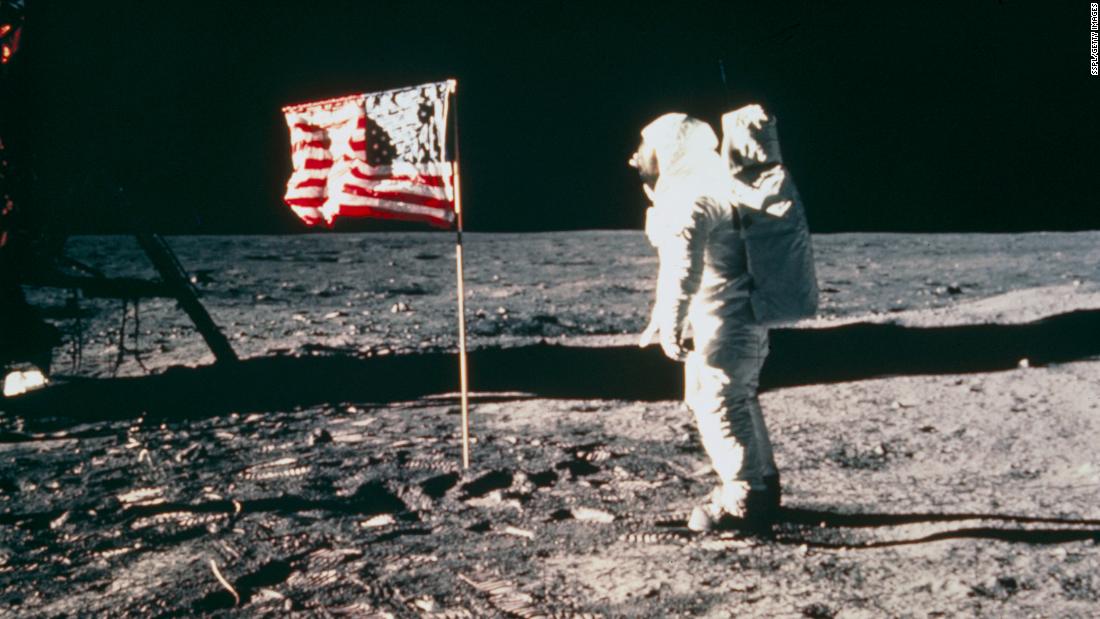 Roger D. Launius is the former Associate Director for Collections and Curatorial Affairs at the Smithsonian Institution’s National Air and Space Museum and author of Apollo’s Legacy: Perspectives on the Moon Landings, and Reaching for the Moon: A Short History of the Space Race. The opinions expressed in this commentary are his own.

I was 15 years old when the United States first landed on the moon in July 1969, and I remember it like it was yesterday. I was out with friends that night, and we listened to the moonwalk of Neil Armstrong and Buzz Aldrin on the car radio. Like millions of others, I was both excited and proud of this accomplishment — the first time in history in which humans set foot on another celestial body. I followed the rest of the Apollo missions, and realized only later how much we had lost when the lunar landings ended with Apollo 17 in December 1972.

It’s time to go back to the moon, and this time we should stay there by creating a lunar base. We need to take this step both to learn more about the cosmos and to further our goal of becoming a multi-planetary species.

Any lunar base will probably look a lot like Antarctic research stations — scientific laboratories with small teams of researchers — at least in the short term. It could start as an international facility staffed by scientists, engineers and technicians conducting experiments that could lead to a host of discoveries in astronomy, Earth observation, materials science, pharmaceuticals and biomedical research.
Having a lunar base could enable continued peaceful international cooperation in space at a base that is only three days’ travel time to Earth. Should a medical emergency take place, researchers could be rescued relatively easily, unlike on Mars where it would take months to complete a rescue mission.
The moon offers an ideal test bed for the technologies and systems needed for more extensive space exploration. Imagine an astronomical observatory on the back side of the moon, free from the light pollution that makes it more difficult to see deep into space.

Fortunately, we can do this. We have the technology, the economy and the scientific understanding. All we need is the will.
President George H.W. Bush in 1989 and President George W. Bush in 2004 challenged us to return to the moon without success. President Donald J. Trump also directed NASA to proceed with plans for a return to moon and his most recent budget proposal may finally make it possible. It earmarks $12.4 billion specifically for NASA’s moon landing program in fiscal 2021. This is a significant increase over past NASA budgets. But there is still more money needed; NASA Administrator Jim Bridenstine estimated some $20 billion to $30 billion would be needed through fiscal 2024 to make a return to the moon a reality.
While NASA may team up with the private sector and international collaborators to make a lunar landing happen, the Trump administration is making an important down payment.
That’s great news, because currently, we are locked in Earth’s orbit, without an American rocket to send humans into space (currently, the Russians and the Chinese have such a capability, and India is building toward one). There are efforts to achieve this with an American rocket from SpaceX and other companies. But at present, NASA has been relying on Russia to send our astronauts to the International Space Station (ISS), and the fortunes of international rivalries have played a role in their availability.
But perhaps the hardest part of creating a lunar base is negotiating international agreements that extend what is already underway with the International Space Station. This requires successfully developing political agreements between the spacefaring nations negotiating their roles in an international effort to go to the moon. To date, the ISS has been a remarkably successful international partnership, but sometimes the negotiations have been difficult and subject to political tensions on Earth.
By establishing a base on the moon, we could also further the development of low-cost energy and other technologies by using space as a proving ground for new concepts and hardware that could be used not only on the moon but also on Earth. It could also begin the process of building a base for nuclear weapons that could be used to destroy near-Earth asteroids and other threats to our planet.

And unlike the International Space Station floating freely in orbit, the moon has an abundance of materials available from which to create a largely self-sufficient station. Using ice from the lunar poles, humans will be able to extract water, oxygen and hydrogen. These are critical components for a permanent human presence, and they already reside on the moon in abundance.
A collaborative lunar base could begin the process, as has happened in Antarctica, of establishing an international protectorate with scientists from many nations of the Earth in residence. This is how we’ll take our next great step and learn more about both the universe and humanity.
Source: Read Full Article