The S&P BSE 500 index, which accounts for 94% market capitalisation of BSE listed companies, has gained 45% from its March 24 low. However, out of the BSE 500 index stocks, 225 have underperformed the index by gaining less than the broader index during this period. 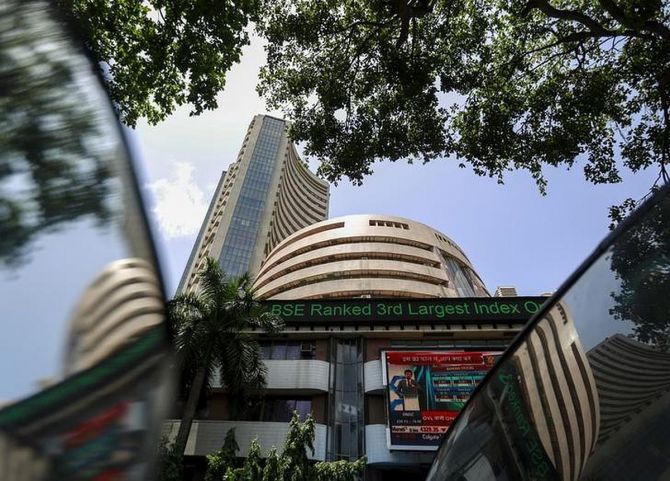 Nearly half the stocks that comprise the BSE 500 index have underperformed the market in the past six months when Prime Minister Narendra Modi announced the first 21-day nationwide curfew / lockdown to contain the spread of Covid-19 on March 24.

The announcement triggered a sharp fall in the market, which hit their almost four-year low.

Six months on, the frontline indices – the S&P BSE Sensex and Nifty 50 – have rebounded 47 per cent and 48 per cent, respectively from their 46-month low touched on March 24 in intra-day trade.

The S&P BSE 500 index, which accounts for 94 per cent market capitalisation of BSE listed companies, has gained 45 per cent from its March 24 low.

However, out of the BSE 500 index stocks, 225 have underperformed the index by gaining less than the broader index during this period.

“Indian equity markets have witnessed a remarkable rally from the March 2020 lows against all expectations on the back of a rally in global markets.

“The year 2020 has so far been a tale of two halves with the first half in February and March witnessing a sharp unprecedented fall, while the second half since then witnessed a sharp recovery,” says Sachin Jain, an analyst at ICICI Securities.

That said, the impact of Covid-19, unlike in many other industries, has been extremely positive for companies in the digital marketing and communication sector, including information technology (IT); pharmaceuticals, chemicals, and agri-related industries like automobiles and fertilisers.

The S&P BSE Healthcare, the top gainer among sectoral indices, has surged 72 per cent from March 24 low, followed by the IT index (up 67 per cent) and automobiles (63 per cent).

Of the 275 stocks which outperformed the BSE500 index, the share price of 84 companies has more-than-doubled in the past six months.

As many as 157 stocks have gained between 50 per cent and 98 per cent during this period.

Bank of Baroda and Punjab National Bank, for instance, have lost 28 per cent and 18 per cent, respectively from their March 24 levels.

Going forward, analysts expect the markets to undergo a healthy consolidation and then post a sharp recovery.

While headline indices may have recovered the majority of their losses, the broader markets are still far away from their peaks.

Many individual stocks still offer a good accumulation opportunity if the investment horizon is more than two to three years, they say.

“The correction in the range of 10-15 per cent, particularly in mid-and small-caps, should not be construed as negative.

“Our overall outlook on the market remains constructive with a buy on dips investment strategy,” Jain of ICICI Securities said.

A K Prabhakar, head of research at IDBI Capital cautions that the liquidity tap that propelled the stocks higher over the last few months is now drying up, which in turn can trigger a fall of a bigger magnitude.

“The primary market, to, is flushed with offers, which can suck out liquidity from the secondary market.

“Add to this the uncertainty surrounding US elections and fiscal stimulus not coming through any time soon from major global central banks.

“There are chances that the Nifty50 can slip below the 10,000 mark,” Prabhakar says.