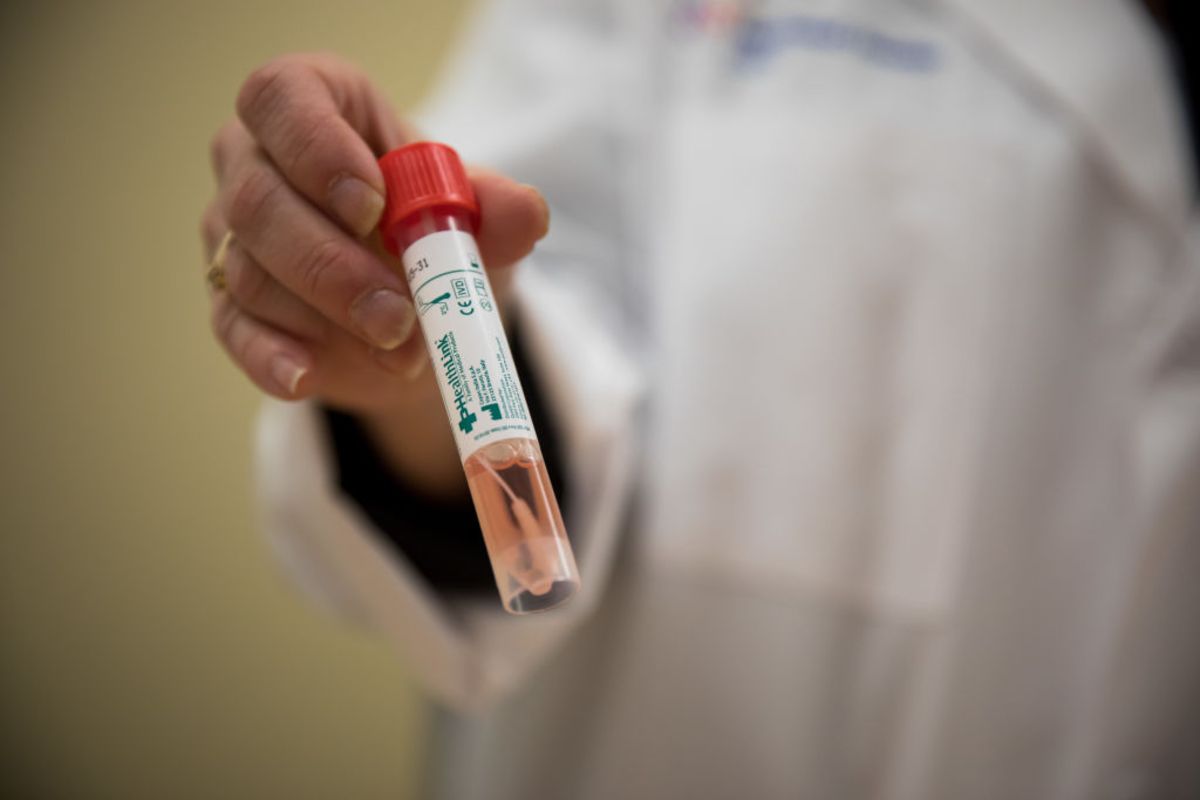 Officials in New York rushed to prepare hospitals for a surge in coronavirus cases that could put unprecedented pressure on the medical system in the country’s largest population center, an acknowledgment that attempts to contain the virus’s spread are largely giving way to efforts to mitigate the damage.

New York Mayor Bill de Blasio declared a state of emergency. Hospitals in the area asked doctors to stand by to deal with an influx of patients, and they’re taking stock of specialized rooms for airborne illnesses, equipment such as ventilators and available personnel.

“What is that moment where we overtax the system?” de Blasio asked during a press conference. “The city and the private hospitals can ramp up capacity and turn other facilities into something else.’’

“We’re getting into a situation where the only analogy is war,’’ de Blasio said. “You mobilize people, you change their roles, you do whatever it takes.”

Health and hospital officials must consider how to protect a population of millions — 20 million in the greater metropolitan area — using resources in the thousands. New York City itself has about 20,000 hospital beds, according to a city health official, for a population of about 8.6 million. That’s one bed for roughly every 400 people. A small share of those rooms, about 1,200, are designed for airborne illnesses.

More could be made available. The Centers for Disease Control and Prevention has said that many coronavirus patients can be cared for in more traditional private rooms. The 55 hospitals in the city can free up as many as 4,425 beds in the event of an emergency, mostly by giving an early discharge to patients who aren’t critically ill, according to a 2013 study.

But according to Issac Weisfuse, and epidemiologist and former deputy commissioner of the New York City Health Department, freeing up that number of beds quickly is a logistical challenge.

“It’s harder to do in the real word than in a drill,” Weisfuse said. “It does take some time to move patients and get them set up with the care and prescriptions they need. It can’t be done at the flick of a switch.”

New York Governor Andrew Cuomo said that the state is evaluating the potential for some public properties to be converted into temporary hospital spaces and is considering a halt on elective surgeries to make available additional hospital beds. Raul Perea-Henze, New York’s deputy mayor for health and human services, said the city’s public and private hospitals are cooperating to free up space.

“I think staffing capacity will be more of a problem than facilities,” said Cuomo, who added the state is reviewing how retired health care workers, the National Guard and medical students may be able to help.

In anticipation, some area hospitals have restricted travel for doctors in recent days in order to make them available for a patient influx.

Northwell Health and Mount Sinai Health System have asked physicians and other staff to stay close to home in case they’re needed.

“We are discouraging travel in general,” Terry Lynam, a spokesman for Northwell Health, said in an email. “All hands on deck. Our clinicians recognize this is a crisis situation and that now is not the time to go away.” Northwell is the region’s largest health system, with 23 hospitals and more than 5,500 beds in the city, Long Island and Westchester County.

The virus’s spread, designated a pandemic by the World Health Organization, could also strain stores of medical equipment on hand to aid patients with dangerous complications. New York has 7,241 ventilators statewide and another 1,750 stockpiled in warehouses in case of a public health emergency, according to a 2015 New York State Department of Health study. But more than 6,000 of those units were deployed in the care of elderly and chronically ill patients, meaning fewer than 3,000 would be available in a crisis.

Mitchell Katz, president of the city’s public hospital system, said there are about 5,000 ventilators at public and private hospitals across the city.

It’s likely that about 5% of those infected would actually need ventilators, Katz said. “People do get over this infection. Everybody won’t get sick at the same time.”

In remarks on Thursday, de Blasio estimated that the city’s next milestone would be 1,000 cases next week. He said at least 80% could be expected to be low-level cases that would not require hospitalization.

Even while preparing hospitals for a surge, officials made clear that containment and testing would continue to play an important role in the public response. Cuomo said he is banning gatherings of more than 500 people to address the virus’s spread, with theaters and museums starting to turn away visitors.

The city is doubling down on disease detectives to trace the virus’s path, de Blasio said. New York city and state would have been able to better contain the disease, he said, if the federal government had allowed them to use their own tests. Tracing contacts is still useful in preventing clusters of the disease, he pointed out, as happened in the Westchester area north of the city.

Experts say efforts to contain the virus’s spread could still be fruitful in places with vulnerable populations such as the elderly and those with compromised immune systems.

“In a nursing home cluster you’d want to contain it there, in addition to doing mitigation work,” said Tom Frieden, former director of the CDC and former New York City health commissioner. “Health department staff should not be burdened with trying to trace every contact because it’s not possible or useful any more.”

— With assistance by John Tozzi, and Michelle Fay Cortez