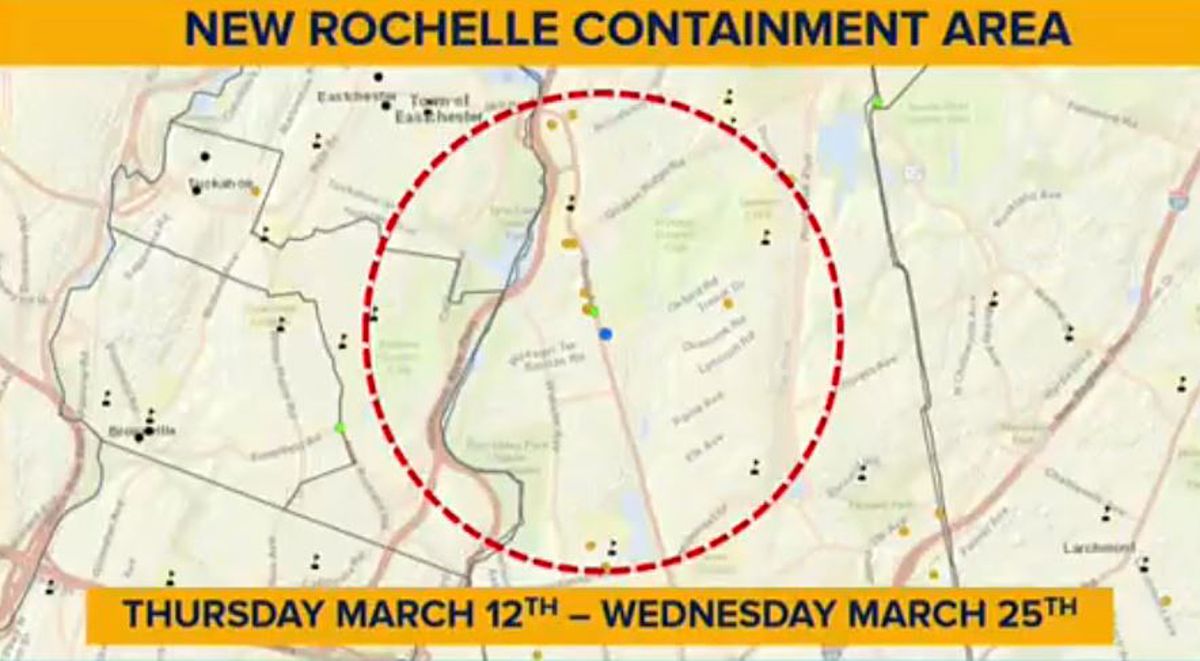 The National Guard will be sent to New Rochelle to help close large, public gathering spaces in an effort to slow down the spread of the coronavirus outbreak in the suburb of New York City, Governor Andrew Cuomo said at a press conference.

Referring to the one-mile-radius area as a containment zone, Cuomo said the effort would focus on places where large numbers of people congregate, such as social clubs or places of worship. It wouldn’t necessarily include restrictions on movement, he said.

Gathering places such as schools and religious institutions within a one mile radius of a highly impacted area of New Rochelle will be shut down, Cuomo said. The shutdown will permit National Guard troops to clean public spaces. They will also be used in Westchester County to deliver food to quarantined households, he said.

“We are closing the large gathering places, schools, around this cluster,” Cuomo told reporters in Albany. “This is a true geographic cluster.”

Earlier Tuesday, Centers for Disease Control and Prevention Director Robert Redfield said that efforts to fully contain the virus in some parts of the U.S. had failed, and that the government would focus on blunting its impact with measures like curtailing large gatherings.

New Rochelle, a community in Westchester County north of New York City, has experienced more than 100 cases, while the city, with a population of 8.6 million, has recorded 36, the governor said. The containment area is within a one-mile radius of an undisclosed location considered the center of the virus’s spread there.

“New Rochelle is a particular problem,” he said. “It is a cluster the numbers have been going up, the numbers are going up unabated, and we need a specific public health strategy.”

The governor also said it’s possible that the virus could live as long as two days on a hard surface, much longer than the 10 minutes or less that New York City health officials have estimated.