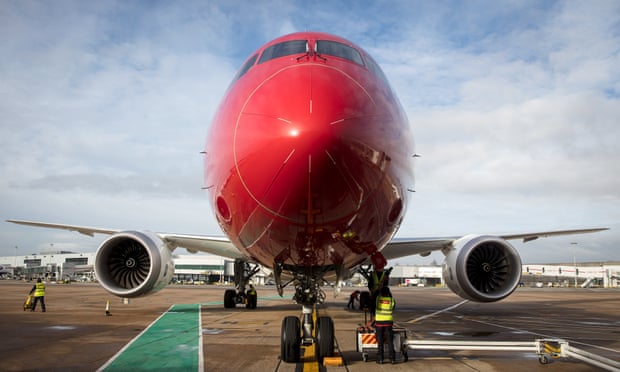 Crew members from the lossmaking low-cost airline Norwegian Air Shuttle were refused access to their rooms at an airport hotel until advance payment was received from the company.

In a letter to airline employees seen by the Guardian, the hotel said: “We have requested your company, Norwegian Airlines, to supply us with advance payment for your accommodation.”

The letter, written by the front office manager, is dated 9 March. The Guardian understands the hotel is no longer demanding that room bills are settled in advance.

The carrier has had a turbulent few months, with attempts at an overhaul of its finances hit by the outbreak of coronavirus and a 22% fall in passenger numbers in February.

Airlines have been hit hard by travel restrictions due to the spread of the virus, with many implementing emergency cost-cutting measures and slashing flights.

The owners of Flybe said the coronavirus outbreak was the final blow that pushed Europe’s largest regional airline into administration this month.

Norwegian, the third-largest low-cost carrier in Europe behind easyJet and Ryanair, has cancelled 3,000 flights between mid-March and mid-June and has temporarily laid off staff.

It posted an operating loss of £340m in its 2018 financial results, and launched an emergency cash call at the end of January, aiming to raise 3bn krone (£240m) from its shareholders, after IAG, which owns British Airways, ruled out a takeover.

Norwegian’s shares have slumped by 74% since the start of the coronavirus in China and were 15% lower on Wednesday afternoon, the lowest level since 2005.

The airline said: “We do not discuss commercially sensitive information regarding our suppliers. This is a standalone case which has now been resolved.”