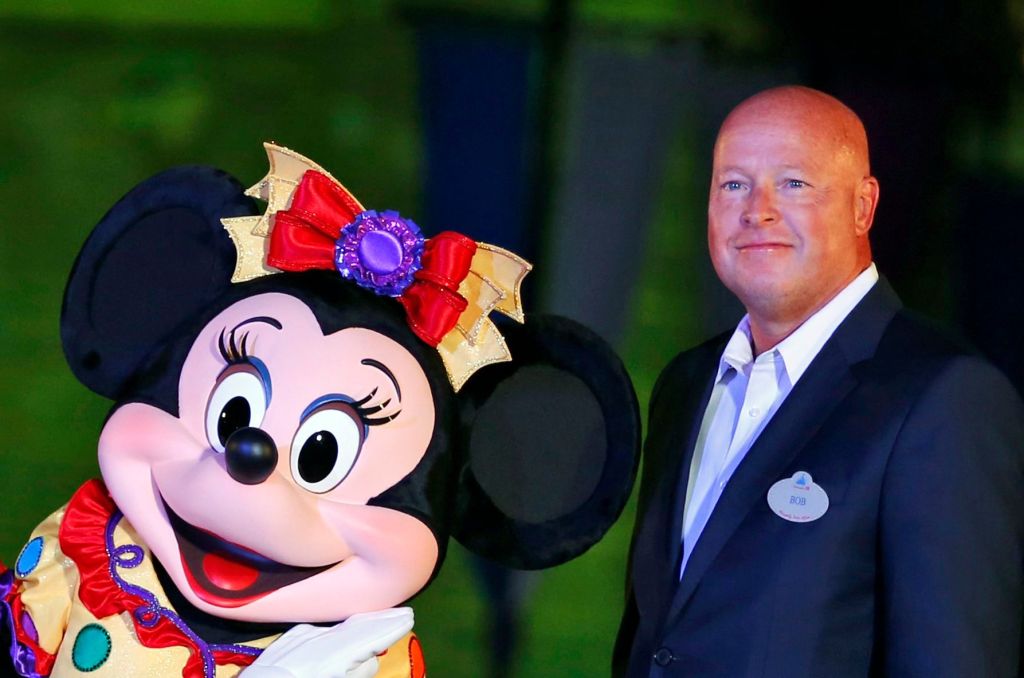 Bob Iger was in a snit, and didn’t disguise it. It was the winter of 1996, Disney had just closed its acquisition of the ABC Network, and studio executives were instantly trying to micro-manage the ABC chief. Disney’s voluble boss, Michael Eisner, even confided to board members that he was dubious about Iger’s future.

Worried that Iger would quit, Michael Ovitz, then Eisner’s deputy, tried to pacify Iger by presenting him a pricey Breguet Aéronavale watch – a gesture Iger shrugged off as obsequious. The consensus at ABC was that Iger would walk.

They were wrong: Shrewd and self-contained, Iger had read the signs that the Disney team itself was in disarray. Eisner and Ovitz were at each other’s throats. Even Jeffrey Katzenberg was about to defect, and a possible stockholder suit seemed imminent. If Disney’s management self-destructed, Iger sensed that he might be called upon to pick up the pieces.

Iger’s instincts were dead on, and he’s been making good calls ever since. His latest move fits his pattern: His choice of Bob Chapek to succeed him surprised many in Hollywood because Chapek, 60, is known as a tough, bottom-line “suit” who doesn’t display Iger’s quiet swagger and ready smile. His selection surprised some insiders, who were betting on key Disney players like Kevin Mayer, 58, a direct-to-consumer specialist, or Peter Rice, 54, chairman of Disney Television and a former top aide to Rupert Murdoch.

“Chapek is a smart, decent guy, but you don’t schmooze him and you certainly won’t get a hug,” said one senior executive of a rival company who has hammered out deals with him. He added: “Was Iger that different when he got the Disney job?”

Disney colleagues at that time remember Iger as a relentlessly ambitious warrior who awakened at 4:30 every morning to begin the day’s corporate combat and expected subordinates to deliver on their assignments. Over the years, Iger has won applause for the expansion of his company, but Wall Street understands that Disney has become a virtual oligopoly, not through its brilliantly creative product but through giant acquisitions – Pixar, Lucasfilm, Marvel and Fox. Iger’s unique talent is that of a politically adept deal-maker who carefully watches the bottom line as well as building his brands.

Will Chapek fill these shoes? His initial months will provide a formidable stress test. A global pandemic looms as a formidable threat to Disney’s theme park and cruise businesses in addition to putting a cloud over next month’s release of the live-action remake of Mulan.

Chapek has had limited experience in TV and film where the company’s new streaming initiatives face fierce competition from Netflix. Rival executives like Jeff Shell of NBCUniversal and John Stankey of WarnerMedia already are focused on global markets, yet are keenly aware that Disney has marshaled 28.6 subscribers in Disney+’s first three months.

To be sure, some feel Chapek has a creative blind spot. “Bob is a numbers guy from Indiana, but he sees lots of movies and likes talking the talk,” advised one rival executive. “The problem is that while he’s been making creative and casting decisions at theme parks for many years, he doesn’t know that opening Galaxy’s Edge or creating a new ‘Magic Happens’ Disneyland parade is a different world from opening a Black Panther sequel.”

Star Wars: Galaxy’s Edge elicited a mixed response from fans when it opened at Disneyland, but its newest feature, the “Rise of the Resistance” attraction, received stronger reviews for its blend of old fashioned theme park moments and segments of immersive theater. Still, there were groans about pricing: A $649 flex pass looks enticing until visitors notice still further fees and add-ons.

The Disney management transition will, of course, be aided by the continued role of Iger as “executive chairman” during the next two years, where he will oversee “creative endeavors.” Will this mean script notes? Casting suggestions?

In a CNBC interview last week, Iger made a point of emphasizing that “Bob Chapek will be running the day-to-day business of the company.” Shareholders seemed briefly puzzled: Disney stock took a 3% hit at the Iger announcement.

To be sure, shares have increased from $24 to $117 during the Iger reign, so he should feel little pressure in prepping his script notes.