Prices are going up on almost everything. Here's why

That’s the bad news. But the US economy offered some rare good news on inflation Wednesday, too: Costs didn’t rise as much in June as they did in May, raising hopes that prices could be leveling off or even retreating in some cases.
The producer price index measures prices paid by businesses, rather than consumers. Any increases typically are passed onto consumers at the retail level. Wholesale price increases have fed growing concerns about inflation as the economy tries to return to normal.

The Labor Department reported that PPI rose 7.3% for finished goods and services over the last 12 months, up from the 6.6% rise in that measure reported for May. As recently as December, the 12-month change in PPI was up only 0.8%.

The June rise was the largest since the government started tracking 12-month data in November 2010.

The price of finished goods rose 1.2% in June. But that was down from a 1.5% increase in May. It’s also below the month-over-month rate reported in January through March.
Economists who believe that current price pressures are not a major problem argue that the increases will be short-lived. They say the year-over-year spike overstates the size of the problem because of the drop in prices that occurred right after the start of the pandemic.
“Inflation has increased notably and will likely remain elevated in coming months before moderating,” according to prepared remarks for Federal Reserve Chairman Jerome Powell’s testimony to Congress later Tuesday. “Inflation is being temporarily boosted by base effects, as the sharp pandemic-related price declines from last spring drop out of the 12-month calculation.”
Many economists agree with that outlook, saying they see signs of only transitory price increases in the details of Tuesday’s report.
“We believe this will be the peak in the pace of wholesale inflation as base effects ease, but ongoing friction between supply and demand will continue to keep prices sticky through 2021 and into 2022,” said a note from Oxford Economics.
But others believe the inflation problem is serious and are calling on the Fed to take more steps to rein in prices.
“Inflation in the pipeline, there is no let up,” said a note from Peter Boockvar, chief investment officer at Bleakley Advisory Group. He contends that the Fed’s support of economic growth is the wrong policy in the current price environment.

“Fed is still driving the monetary car 200 mph in a 55 mph [zone],” he said, adding that “is dangerous territory.” 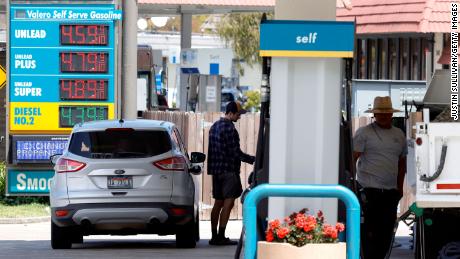 The producer price index also measures the costs of a number of raw materials and goods, such as lumber, which are not included in the consumer price index of retail inflation. Lumber prices spiked earlier this year, more than doubling from May 2020 to May 2021. That increase added tens of thousands of dollars to the costs of new homes. But lumber prices have retreated in recent weeks, with the PPI showing a 1.7% decline in June from May’s record highs.
Source: Read Full Article