The three investors that have submitted their final bids fpr PMC are not commercial banks. Among the three, one is a non-banking financial company.

Another distinctive feature of the revival is that PMC may lose its cooperative bank characteristic after its reconstruction. 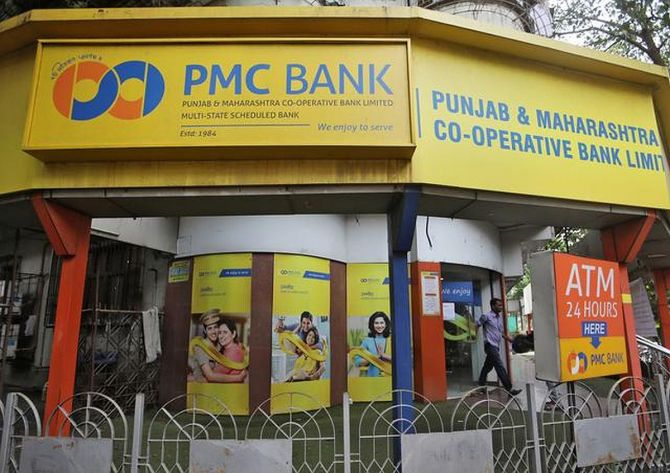 The mechanism to revive troubled lender Punjab and Maharashtra Cooperative (PMC) Bank having entered the last leg with the deadline for a final offer from prospective suitors expiring on Monday, the Reserve Bank of India (RBI) is devising a three-pronged approach for a reconstruction of the multi-state cooperative bank.

If the revival formula works as planned, it will be the first time in recent years that the Deposit Insurance and Credit Guarantee Corporation (DICGC) will have been roped in for the revival of a stressed bank.

According to highly-placed central banking sources, DICGC will offer the bank liquidity support in the form of loans.

The main objective of DICGC is to insure deposits and guaranteeing of credit facilities.

The actuarial liability for the Deposit Insurance Fund (DIF) of DICGC, as estimated by the actuary, stood at Rs 12,087 crore at the end of March 2020, registering an increase of 110 per cent over the corresponding period of the previous year.

The surplus in the DIF was Rs 15.4 crore, 19.1 per cent lower on a year-on-year basis, as net claims and actuarial liability increased.

This was partly set off by an increase in the premium income and income from investments.

The premium was increased to Rs 12 per Rs 100 assessable deposits per annum from Rs 10 with effect from the half year beginning April 1, 2020.

Experts said the DICGC funds should be invested in government securities — a safer investment option than loans, which can turn non-performing.

Apart from funds from DICGC, the RBI will open a line of credit to ensure that the bank does not face any liquidity issues in meeting its obligation towards depositors once it resumes operations.

This is similar to the credit line made available to YES Bank last year, when it resumed operations after being put under a moratorium.

The RBI opened a Rs 60,000-crore credit line to YES Bank which was equal to the lender’s current account balance.

At the urban cooperative bank, which was hit by financial irregularities, the capital adequacy ratio has turned negative 258.66 per cent.

It will need around Rs 3,000 crore to Rs 3,500 crore to bring capital adequacy ratio back to positive.

It may need another Rs 1,500 crore to the ratio to 9 per cent, the minimum regulatory requirement.

The banking regulator wants that the new promoter should bring in capital to the extent that its capital adequacy can touch at least 9 per cent.

Investors will also have the option of restructuring a part of deposit liabilities into capital/capital instruments.

Three bidders in the final race

After the bank invited expressions of interest from interested parties for its reconstruction, four investors showed interest.

While one of them dropped out later, further processes were undertaken by the other three.

The deadline for submitting the final offer was February 1.

The new investor will also have the option of converting the cooperative bank into a small finance bank (SFB).

According to the latest licensing guidelines of SFBs, such an entity can convert into a universal bank after five years of operations.

However, the conversion will not be automatic and will need a prior approval from the RBI.

The multi-state scheduled cooperative bank has 137 branches across seven states.

Interestingly, the Union Budget, presented earlier this week, proposed to provide tax neutrality for the transition of urban cooperative banks (UCBs) to SFBs.

As a result, the UCB will not be required to pay capital gains for the assets transferred to SFBs.

An emailed query sent to the RBI about the PMC revival plan had not elicited a response as of the publishing of this report.

Following financial irregularities, PMC Bank had been put under several restrictions, including a cap on deposit withdrawal, after the close of business on September 23, 2019.

The depositors of the bank now hope that the restrictions would not be extended further, as a resolution would be reached before the end of the current financial year.

Central banking sources indicate that RBI Governor Shaktikanta Das is keen on a revival sooner than later and that this has been communicated to the depositors whose life savings are still stuck.

When the restrictions were first put in place in September 2019, deposit withdrawal was capped at Rs 1,000.

This was then increased in phases. In June 2020, the cap was increased to Rs 1 lakh, enabling 84 per cent of the depositors to withdraw their entire money.

How is revival of PMC different from that of others?

The recent instances of revival of troubled banks were bank-led — in case of both YES Bank and Lakshmi Vilas Bank.

In case of the former, a number of banks, led by State Bank of India (SBI), infused capital in the troubled lender for its reconstruction.

The fact that not only did these banks infuse capital but SBI and others were also standing behind it gave confidence to depositors.

That made the revival possible.

In case of Lakshmi Vilas Bank, RBI decided to award it to DBS India Ltd, the Indian subsidiary of Singapore’s DBS Bank.

This was the first time that a foreign lender was allowed to take over an Indian lender.

Unlike YES Bank, which retained its identity, LVB lost its identity as it was merged with DBIL.

In both cases, it was a bank or a group of banks supporting the revival.

However, in the case of PMC Bank, the three investors that have submitted their final bids are not commercial banks.

Among the three, one is a non-banking financial company.

Another distinctive feature of the revival is that PMC may lose its cooperative bank characteristic after its reconstruction.

The new promoter of PMC Bank will have the option of converting it into a small finance bank, subject to the regulator’s approval.