The UK-based neobank recently announced additional limits on no-fee ATM withdrawals and international money transfers for its Irish customers, per the Independent. 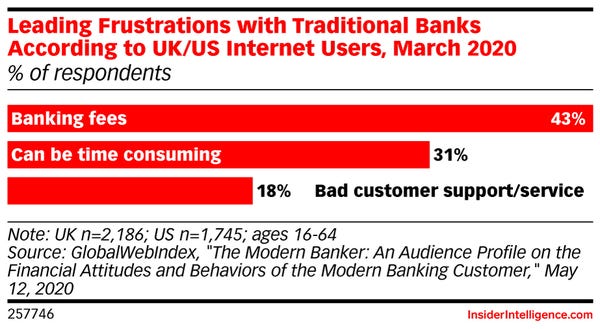 Users of its free Standard account are now restricted to five no-fee ATM withdrawals per month, in addition to the €200 ($228.05) per month limit on no-fee withdrawals that is currently in place. Standard customers who exceed either threshold will be charged a fee equal to 2.00% of the transaction or €1 ($1.14), whichever is greater. The €1 minimum fee is a new addition to all customer accounts.

Customers of Revolut’s paid Plus, Premium, or Metal accounts will not be limited to a specific amount of withdrawals, though they will face the same minimum fee if they exceed the monthly limit specific to their account. Since it brought its services to Ireland in 2019, Revolut has grown its customer base to over 1.2 million people in the country, or nearly a quarter of the total population.

Revolut’s new fees could be part of a bigger strategy to push users toward its paid accounts, and it follows a broader trend of neobanks turning to bank charges as they struggle to survive. Here’s how Revolut and other neobanks are monetizing their user bases as they search for a path to profitability: