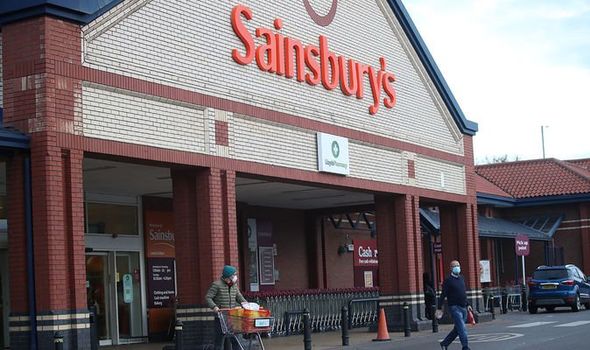 The surge came after a national newspaper at the weekend claimed US private equity firm Apollo was “running the rule over” Britain’s second-biggest grocery chain. Apollo has already tried to buy Asda before it was outbid by the Blackburn-born Issa brothers and their private equity partners for £6.8billion.

It is also in talks about joining a consortium, led by US investment firm Fortress in what could be the continuing battle to buy Morrisons.

Yesterday’s leap in Sainsbury’s share price took its stock market value to nearly £8billion ‑ way above the reported price it was rumoured to be considering. It suggests investors believe a bid is now possible.

The store chain has not commented on the speculation. However, stock market rules say it has to issue a statement if there has been an approach.

Neil Wilson, an analyst at trading website markets.com, said: “Sainsbury’s is undeniably a good target for private equity with a considerable store estate.”

But Clive Black, analyst at broker Shore Capital, said the report was “not only sensationalist but quite shallow”.

Qatar’s sovereign wealth fund has the largest stake in Sainsbury’s with almost 15 percent of voting rights, while Czech billionaire Daniel Kretinsky has around 10 percent.

Last week the board of Morrisons accepted a £7billion offer from American private equity firm Clayton, Dubilier & Rice. That trumped a £6.7billion offer on the table from the Fortressled consortium.

A bond investor who declined to be named told Reuters they had steered clear of buying Sainsbury’s bonds last month because they believed it was likely to be a takeover target.