New York (CNN Business)McDonald’s is selling a dessert that fans haven’t seen in about five years.

Roughly 6,800 of its 14,000 US restaurants have begun selling a blueberry and crème pie, which is a sweet pastry that’s filled with blueberries and a vanilla-flavored crème and baked in a pie crust. McDonald’s last sold the pie in the US in 2017, but it has occasionally made appearances at international locations since then. 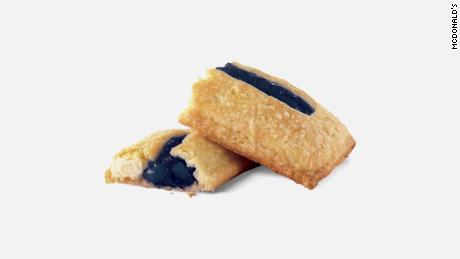 McDonald’s (MCD) said the pie will only be available for a limited time and it’s not a nationwide release. Fans on Twitter have spotted it in Southern California, Illinois and New York.

Last month, McDonald’s released another dessert — its holiday pie — in a similar manner that sparked excitement among customers. Chains constantly tweak their menus with niche and oddball products that drum up excitement and social media attention.

Limited-time items are an important marketing tool for the food industry to draw in foot traffic and interest. These items offer consumers some variety — key for fast food, as it’s a notoriously thin-margin business with little customer loyalty. Offering something new gives consumers a reason to come back.

McDonald’s recently said that in the three months ended September 30, sales at global restaurants open at least 13 months jumped 12.7% compared to the same period last year, in part because of the buzz around its celebrity meals.
Source: Read Full Article