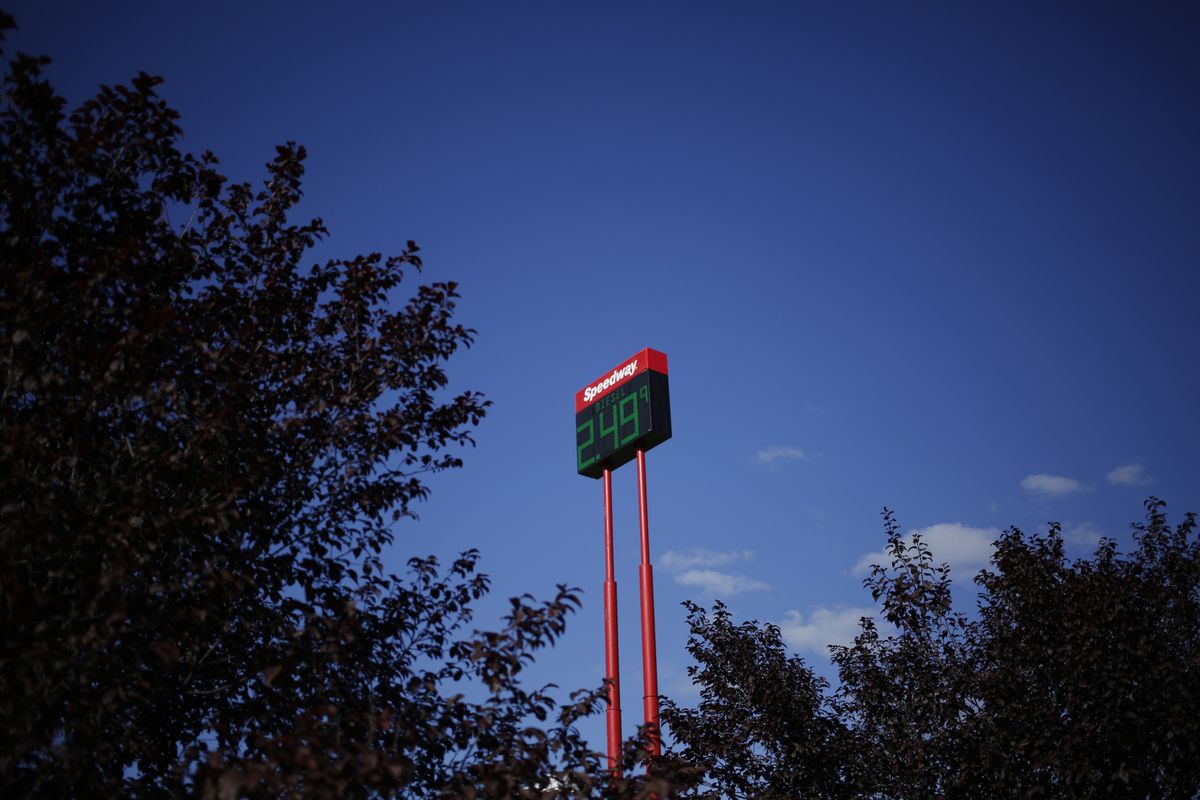 Seven & i Holdings Co. scrapped plans to acquire Marathon Petroleum Corp.’s Speedway gas stations for $22 billion, according to people familiar with the matter, ending a deal that would have been among the world’s biggest this year.

The outbreak of the novel coronavirus was one of the factors that impacted negotiations in the exclusive phase, said one of the people, who asked not to be identified as the information is private. Seven & i decided not to proceed with the transaction on concerns over valuations, the person said.

Shares of Seven & i jumped as much as 6.9% in early trading in Tokyo on Friday. On Feb. 20, the stock slumped to mark its biggest decline since 2011 after Bloomberg News reported the company was in exclusive talks to acquire Speedway and lining up financing for the potential transaction. The firm said in a filing that day that it’s considering various possibilities including partnerships and acquisitions for its new growth strategy. Marathon Petroleum shares fell 10% in New York.

“It appears that the price was deemed too high,” Michael Jon Allen, an analyst at Jefferies, wrote in a research note. “Investors will read this as a sign of good governance.”

The viral outbreak is imperiling dealmaking activity as the coronavirus continues to spread after sickening over 95,000 and killing more than 3,200. Early bets on global growth sharply rebounding in 2020 are now in tatters because the consumption demand is slumping as well.

With the virus spreading to more than 65 countries and new cases emerging across the U.S. and Europe, increasingly worried consumers world over are reluctant to shop, travel or dine out. Companies, amid profit warnings, are likely to hire less and squeeze spending, fueling the consumer slowdown further.

“We continue with our plans to separate Speedway, targeting the fourth quarter of this year for completion of the transaction,” Marathon spokesman Jamal Kheiry said Thursday in an email. He declined to comment further.

A representative for Seven & i also declined to comment. The Nikkei reported earlier on Thursday that Seven & i has abandoned its bid for Speedway.At about $22 billion, a potential deal for Speedway would have been the biggest overseas acquisition by a Japanese company since Takeda Pharmaceutical Co.’s $62 billion purchase last year of Shire Plc., according to data compiled by Bloomberg.

It would have also been a record purchase for Tokyo-based Seven & i, a retail giant with 69,000 stores worldwide, including 7-Eleven outlets and Ito-Yokado supermarkets in Japan. Chief executive officer Ryuichi Isaka has overseen a broad restructuring of the Japanese firm since taking the helm in 2016. The company had been expanding in the U.S. market through deals, including a $3.3 billion purchase of Sunoco LP gas stations announced in 2017.

S&P Global Ratings said last week that the Speedway deal would be credit negative for Seven & i because the large acquisition would deteriorate its financial standing, although it would have the potential to improve its North American business.

A potential withdrawal of the Speedway deal, amid the coronavirus outbreak, would be a significant headwind to Marathon’s efforts to restore its balance sheet. It would delay proceeds needed to convert MPLX to a corporation and to stave off pressure from activists to further dismantle the company.

Marathon Petroleum, a refiner under pressure from activist investors to break up, is exploring a sale of Speedway after announcing plans last year to spin off the retailer, people familiar with the matter said in January. Speedway, the second-largest chain of its kind in the U.S. with about 4,000 stores, could be worth as much as $18 billion including debt as a standalone company, Marathon Petroleum previously said.

The $22 billion price tag would have valued Speedway at 15-times earnings before taxes, depreciation and amortization, JP Morgan Chase & Co. analyst Dairo Murata wrote in a note to investors Feb. 20. Murata said that the acquisition price and financing could be items of concern.

— With assistance by David Wethe