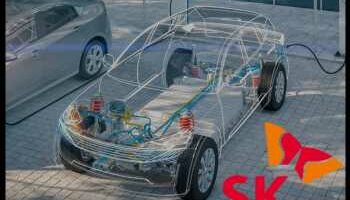 This is in addition to the company’s recent announcement of a $7 billion investment in EV batteries.

SK will invest the half of its total investment amount in the U.S. in the semiconductor ecosystem. This money will fund R&D programs in partnership with the leading American universities.

The significant announcement was made by SK Group Chairman Chey Jong-gun in a virtual meeting with President Joe Biden to discuss the company’s investment plans in American manufacturing sector.

In addition to its new EV battery factories in Georgia, SK will be investing $7 billion more to build two new gigafactories in Tennessee and Kentucky as a part of its joint venture with the Ford Motor Company.

Chey said the company will invest an additional $5 billion in other green energy businesses, including the ultra-fast EV charging system, the green hydrogen, and battery materials, recycling, and small modular reactors.

SK Group’s existing facility in the U.S. in bioscience and biopharmaceutical sectors will be expanded.

Chey said that SK Group’s initiatives will contribute to developing the next generation of memory chips, which will benefit the entire U.S. high-tech industry.