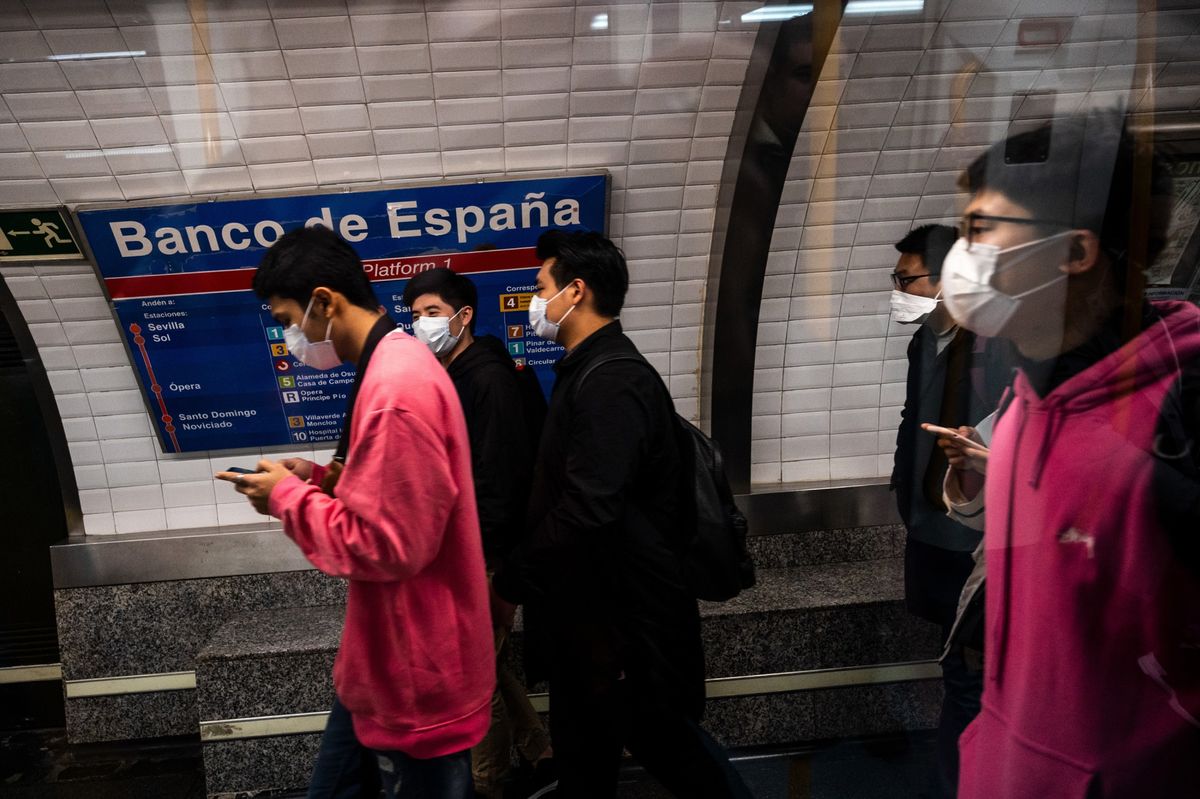 Spain is considering drastic action to contain the spread of the coronavirus after the number of cases almost doubled overnight.

Authorities are responding to a worrying acceleration of cases, which jumped to 999 on Monday from 589 on March 8, with the outbreak focused on Madrid and the Basque country, an industrial hub.

The health ministry is locked in an emergency meeting with the Madrid regional government to try and get to the bottom of why there’s been a sudden spike and a government official said Prime Minister Pedro Sanchez is aiming to present a package of measures at a cabinet meeting on Tuesday.

In Madrid alone, the number of confirmed cases rose dramatically by about 200 over the course of 24 hours: 16 people have died, compared to 8 deaths reported Sunday.

“We want the plan to be efficient and adjusted to the magnitude of the problem,” Sanchez said at an event in Madrid. “The existing information suggests that in our country the crisis will have a negative impact, just as it will in the international arena.”

Spain hasn’t yet gone the way of Italy, located a short flight across the Mediterranean, but the immediate question is whether the situation will spiral and force a similar lockdown. Spain’s economy, while far more vibrant than Italy’s, is also heavily dependent on the visits of foreign tourists.

Those efforts have struggled to take hold and may well inform how Spain will tackle its own rapidly-evolving health crisis. The rapid spread of the virus that originated in China, combined with Saudi Arabia’s oil price war, has trigged a dramatic day in financial markets. European stocks tumbled the most since 2016 as trading volumes surged.

Spain’s economy is particularly vulnerable to disruption caused by measures to contain the virus — tourism accounts for 15% of output and 2.8 million jobs, according to the World Travel & Tourism Council, a lobby group.

The country is finally enjoying a degree of political stability, after two elections in the space of a year, under a tenuously stitched-together coalition led by Sanchez, a socialist.

— With assistance by Rodrigo Orihuela