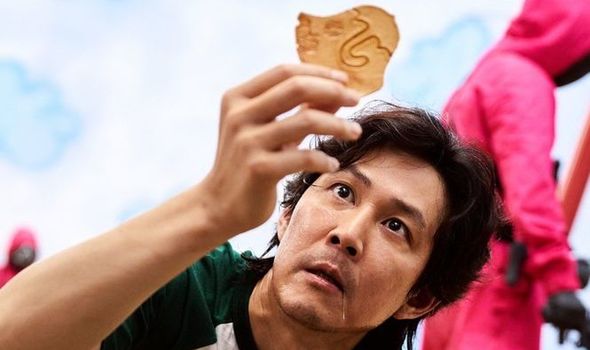 A playable online version of the programme has been created – and users require Squid cryptocurrency to take part. Squid has seen a huge surge in value, rising from less than 1p on Tuesday to £2.90 on Friday. The cryptocurrency is linked to a ‘play-to-earn’ platform. Users take part in digital versions of the games featured in the TV series. The fictional show features contestants taking part in deadly games to compete for a cash prize. The Squid cryptocurrency can be used to enter online games, set to be launched in November. Users play to win Squid. Each round will cost to enter with the first round- Red Light, Green Light – costing 456 Squid. Later rounds become more expensive, rising to 8000 Squid in The Glass Stepping Stones. The developer will take 10 percent of the entry fee with 90 percent given to the winner.

However, there have been warnings about the new crypto – with tech website Gizmodo accusing it of being a scam.

Currently, it is not tradeable on mainstream platforms such as Coinbase and Binance and instead has been traded on a service called Pancake Swap.

According to Squid, pre-sale of the tokens began on October 20 – and they sold out within one second.

However, CoinMarketCap has issued a warning, stating: “We have received multiple reports that the users are not able to sell this token in Pancakeswap. Please exercise caution while trading!”

Freddie Williams, sales trader at digital asset broker GlobalBlock urged people to be extremely cautious, telling Express.co.uk: “I believe in the longevity of play-to-earn, however, Squid Game is just something that is on trend.”

“Like most trends, it will tail off soon and I suspect that in the next couple of months we won’t be hearing too much about it.”

“In addition to this, the SQUID token has surged over 35,000 percent in under four days of being released. This is extreme growth and people need to be wary as there have been accounts of people not being able to sell out of their positions.”

“The game is set to launch in November, but this could never happen. Who knows?”

Squid’s website states it uses an “innovative anti-dumping mechanism” which limits the amount of coins that can be sold if not enough people are buying.

However, the company has not responded to a request from Express.co.uk for clarification on what this means and have given no response on CoinMarketCap’s warning.

Cornell University economist Eswar Prasa told the BBC: “This cryptocurrency joins a long and growing list of digital coins and tokens that piggyback on random memes or cultural phenomena.

“Remarkably, many such coins rapidly catch investors’ fancy, leading to wildly inflated valuations. Naïve retail investors who get caught up in such speculative frenzies face the risk of substantial losses.”

Squid Game proved an unexpected success for Netflix and, according to Bloomberg, is worth about $900 million to the streaming platform despite only costing $21.4 million to make.

However, its widespread popularity has also served as inspiration for scammers with cybersecurity company Kaspersky reporting a surge of malware and Trojan computer viruses disguised as Squid Game themed content.