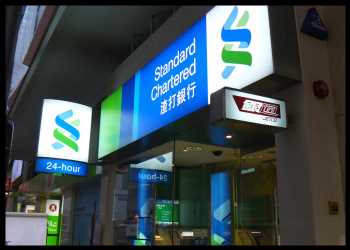 Shares of Standard Chartered Plc (SCBFF.PK,STAC.L,STAN.L) were losing around 4 percent in London trading after the bank warned on fiscal 2020 income growth mainly due to coronavirus impact and a softer Hong Kong economy. This was despite reporting a profit before tax in its fourth quarter, compared to last year’s loss.

For 2020, the company now expects income growth to be below its medium-term target range of 5 percent to 7 percent. The company would also take longer to achieve RoTE target of 10 percent than it previously envisaged. In 2019, RoTE was improved by 130 basis points to 6.4 percent.

The company noted that its largest market, Hong Kong, tipped into recession, driven by a the extended US-China trade dispute, slower economic growth in China as well as local social unrest. Further, the outbreak of the novel coronavirus, called as Covid-19, comes with unpredictable human and economic consequences.

The underlying momentum in the fourth quarter of 2019 continued in the opening weeks of 2020. However, lower interest rates, slower global economic growth, a softer Hong Kong economy and the impact of the coronavirus outbreak are expected to hurt the results.

Standard Chartered also said its Board has authorised the purchase and cancellation of up to $0.5 billion worth of shares starting shortly. It will also review the potential for making a further capital return upon the completion of the Permata sale.

In London, Standard Chartered shares were trading at 566.40 pence, down 4.26 percent.