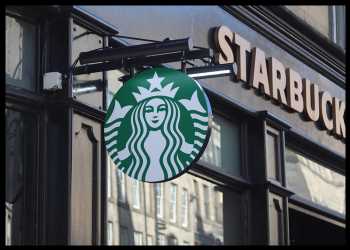 Starbucks Corp. issued a warning on second-quarter earnings and also trimmed its forecast for China reflecting the business disruption related to the ongoing coronavirus epidemic. In its second major market, where COVID-19 outbreak was first reported, the coffee chain has temporarily paused development of new stores, and some store openings planned for 2020 will likely be deferred to 2021.

Regarding its business in the U.S., the company said the positive momentum in U.S. retail business over the past several quarters has continued into the second quarter.

The company said, “To date, there are no perceptible signs of COVID-19 impact on our U.S. business, which accounted for approximately 65 percent of total consolidated revenues in the first quarter of fiscal 2020.”

More than half of Starbucks stores in China were temporarily closed as of January 28, while other stores worked for reduced operating hours. In early February, China reported peak closures of approximately 80 percent of Starbucks stores due to virus-related unplanned store closures, and planned closures in observance of the Chinese New Year holiday.

At present, more than 90 percent of stores in China are open but operating under elevated safety protocols. The company expects to open about 95 percent stores in the country by the end of the second quarter.

For the second quarter, the company now expects COVID-19 in China to have an adverse impact to Starbucks’ reported and adjusted earnings per share in the range of $0.15 to $0.18. This reflects lost sales, and continued expenses related to partner wages and benefits, store operations and additional costs.

The virus has reduced about $400 million to $430 million in revenues in China in the quarter compared to prior expectations. In its first quarter ended December 29, the company had recorded $745 million in sales in China.

In the month of February, Starbucks China’s comparable store sales were down 78 percent. However, the company said it is seeing early signs of a recovery with sequential improvements in weekly sales.

In the last fiscal week of February, relative to the prior week, average daily transactions per store improved 6 percent and total weekly gross sales in China grew 80 percent, reflecting the reopening of stores. In that last week, Starbucks China’s mobile orders accounted for approximately 80 percent of sales mix.

The company added, “While the current situation in China continues to be dynamic, we believe that the financial impacts of COVID-19 are temporary, and we remain confident in the strength of the Starbucks brand and the long-term profitability and growth potential of our business in China.”