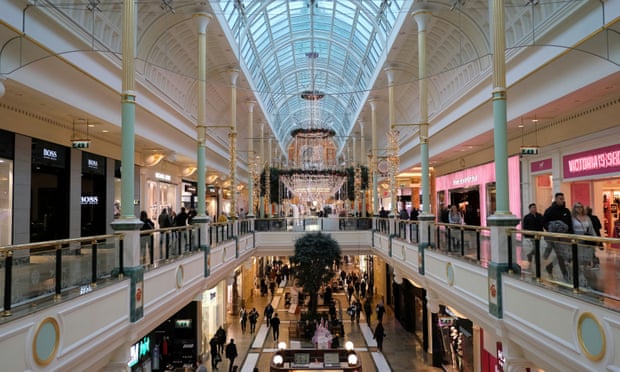 Intu Properties, the owner of the Trafford Centre in Manchester and Lakeside in Essex, has been forced to pull an emergency cash call after admitting “extreme” market conditions had left it unable to raise its minimum target of £1.3bn from jittery investors.

The failure to secure the funding means Intu, which is struggling under a £4.5bn debt mountain, has missed the criteria set by its banks to grant a new four-year £440m revolving credit facility. The company said that this means there is a risk it could breach certain bank covenants when they are next tested in July.

The company has been involved in discussions with shareholders and potential new investors over the last few months to try to raise the target to shore up its balance sheet.

“Following these discussions, Intu has concluded it is unable to proceed with an equity raise at this point,” the company said on Wednesday.

“While a number of Intu’s shareholders and potential new investors indicated their support for an equity raise, the board believes the current uncertainty in the equity markets and retail property investment markets precluded a number of potential investors from committing capital into the business and Intu was therefore unable to reach the target quantum at the current time.”

On Wednesday, shares in Intu plunged 40% in early trading to 6.6p, a new all-time low.

Intu said that during the process the company had received “several expressions of interest to explore alternative capital structures and asset disposals”. The company is exploring these strategic options. Intu said that the estimated value of its portfolio of shopping centres dropped 22% from £8.78bn in 2018 to £6.6bn in 2019.

“While it is disappointing that the extreme market conditions have prevented us from moving forward with our planned equity raise, I am pleased that a number of alternative options have presented themselves during the process, which we will now explore further,” said Matthew Roberts, the chief executive of Intu. “We remain focused on fixing our balance sheet in the near term to ensure this business has the financial footing it needs to realise its significant potential.”

The company said it is currently in compliance with its debt covenants but that “there is a risk that, depending on the performance of Intu’s business and movements in valuations, it could be in breach of certain covenants at there scheduled testing date in July 2020”.

It estimated that a further 10% fall in the valuation of its shopping centre portfolio would mean it needed to find a further £113m under group asset-level borrowings and a £161m repayment on borrowings of its revolving credit facility.

In terms of net rental income, which fell 9.1% in 2019, a further 10% fall would mean Intu need another £34m of group asset-level borrowings to remain within its covenants.

The company said it is seeking to take “timely mitigating actions”, including seeking covenant waivers, to deal with any potential breaches in July.

“We will face further challenges in what has been an extraordinary few months for Intu and the wider sector,” Roberts said. “This is a compelling proposition and one that will stand the test of time. Operationally, our business is strong, delivering a resilient rental performance despite ongoing pressure from CVAs and administrations, with stable occupancy rates and footfall that consistently outperforms the benchmark.”