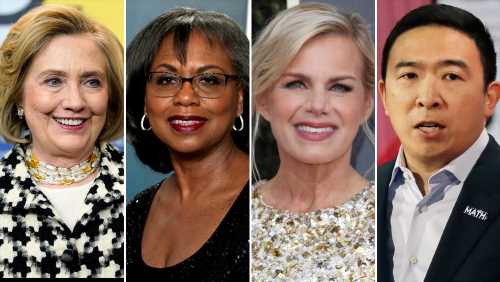 SXSW has partnered with The Texas Tribune Festival for “Conversations About America’s Future” at this year’s SXSW conference and festival. The two-day series will take place March 14-15  at the Fairmont Austin as part of the SXSW Conference’s Government & Politics Track. SXSW kicks off on March 13 and continues through March 22.

This marks the return of the series which will bring some of the nation’s best-known journalists together with top elected officials, political activists, and influential thought leaders — timely considering this is an election year. Guests slated to appear this year include Hillary Rodham Clinton, Anita Hill, Gretchen Carlson, Andrew Yang, among others.

“The 2020 election is the most important election of our generation, and at SXSW our goal is to address the issues that affect the lives of all citizens,” said SXSW Chief Programming Officer Hugh Forrest. “We’re fortunate to have a young, diverse and engaged audience looking for solutions to the complex problems that face the next generation.”

The Government & Politics Track at SXSW aims to discuss issues that affect the lives of all citizens. Topics included include technology regulation, livable cities, privacy issues, and the challenges of maintaining civil engagement in the age of social media. These sessions will also address creating policies that encourage competition and economic growth while balancing legacy systems.

“Conversations About America’s Future” sessions include: