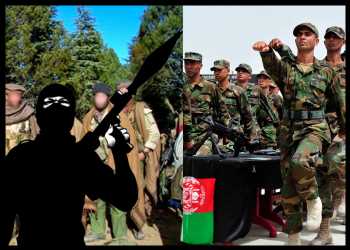 In response to Afghan President’s statement that his government has not made any commitment to release Taliban prisoners as part of a deal signed with the U.S. Government last week, the terrorist outfit declared that it will resume attacks targeting Afghan government forces.

Under an agreement signed in Qatar’s capital Doha on Saturday, the Afghan government would release 5,000 Taliban militants in exchange for up to 1,000 government officials who are in the custody of the terrorist outfit. A March 10 deadline was set for the prisoner swap.

But Ghani later said his government has not promised to free Taliban prisoners, but it can be considered as part of the peace talks. Reuters quoted Taliban spokesman Zabihullah Mujahid as saying that the talks would not progress if its cadres were not freed.

It is estimated that around 10,000 Taliban militants are currently held in Afghan prisons.

The Pentagon has stressed that the Doha declaration is conditions-based and that coalition nations and the Afghan government will hold the Taliban to the agreement’s conditions.

Under the Doha agreement, the Taliban must negotiate with the Afghan government and agree not to allow the country to be used as a haven for terrorists intent on attacking the United States and its allies. If the Taliban honors the agreement, all foreign troops may be out of Afghanistan in 14 months, according to the Pentagon.

Gen. Mark Milley, the chairman of the Joint Chiefs of Staff, said during a news conference that there were reports of Taliban attacks on government troops Monday.

Addressing U.S. and NATO troops in Afghanistan along with NATO Secretary General Jens Stoltenberg, U.S. Defense Secretary Mark Esper said that an end to the fighting will happen only when Afghans decide for themselves to lay down their arms and come together as one people.

Esper told the soldiers in Kabul that the decisions moving forward are conditions-based and require the Taliban to maintain the ongoing reduction in violence. He made it clear that “If the Taliban fail to uphold their commitments, they will forfeit their chance to engage in negotiations with the Afghan government and will not have a say in the future of this country.”

The U.S. Defense chief also promised that if the Taliban “live by the agreements”, the United States will begin withdrawing its troops from Afghanistan, initially reducing the force to 8,600.