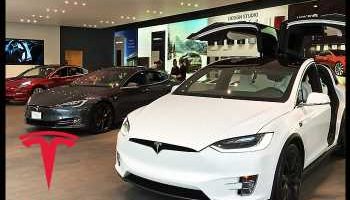 Tesla To Close California, New York Plants Due To Coronavirus

Luxury carmaker Tesla Inc. announced its plans to temporarily suspend operations at its California and New York factories in its efforts to stop the spread of Coronavirus or Covid-19. Meanwhile, the operations at its Nevada battery plant and service and Supercharging network will continue.

Tesla’s decision follows many days of stand-off with California’s local authorities. Tesla Chief Executive Elon Musk was reluctant to stop the production even after a shelter-in-place order by the counties in the San Francisco area due to coronavirus. The company also had received an explicit order from the Sheriff’s Office in Alameda County, where Tesla is based, to shut down as its not an essential business.

Meanwhile, Musk offered to make hospital ventilators to treat Covid-19 patients, if there is a shortage. The U.S. death toll climbed to 155, and there were 10,700 confirmed cases across the 50 states in the country.

In its latest statement, Tesla said it has honored the Federal Government’s direction to continue operating.

The company said, “Despite taking all known health precautions, continued operations in certain locations has caused challenges for our employees, their families and our suppliers.”

The factory in Fremont, California will stop car production in an orderly shutdown from Monday end. The company will continue basic operations, as directed by authorities.

In New York solar roof tile factory, production will be suspended except for certain parts and supplies necessary for service, infrastructure and critical supply chains.

As part of its various precautions, Tesla offers “touchless deliveries”, where customers can unlock their new cars at a delivery parking lot through the Tesla App.

With its current cash position, Tesla said it hopes to successfully navigate an extended period of uncertainty. At the end of the fourth quarter, the company had cash of $6.3 billion before its recent $2.3 billion capital raise. The company also had available credit lines worth approximately $3 billion.

Initially, Musk had tweeted that “The coronavirus panic is dumb”, and that virality and death rate of the coronavirus are “overstated.” In an earlier email to employees, he said its totally OK for employees to stay at home, but that he would personally be at work.

Major automakers, including Ford Motor, General Motors and Fiat Chrysler Automobiles, have already decided to shut down all North American plants for the next two weeks as the coronavirus outbreak in the US continues to worsen.