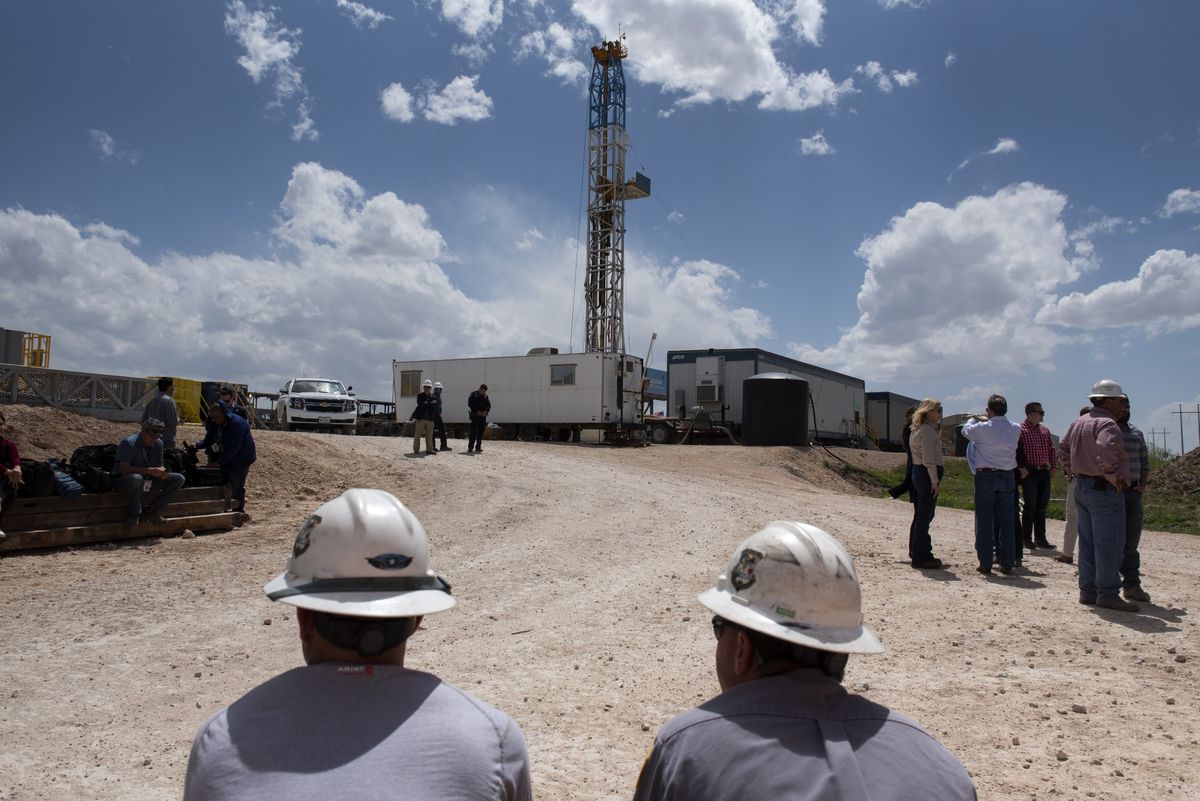 Midland, in the heart of the Permian Basin in Texas, could use something of a slowdown, Patrick Payton figured, after breakneck growth had stretched services so thin that the police force could barely keep cops on the beat. Then a couple days passed, and the digital sign downtown that flashes the current oil price read — suddenly — $30. Payton could hardly take it in.

“Crisis is an overused word, but it’s a crisis of shock,” he said. “We have to adjust to our new reality.”

Texas as a whole might have to. While Midland represents a hyper-concentrated microcosm of the state’s dependence on oil, the economy still rides the tide of the industry even after decades of broad diversification.

In good times, it has helped the state grow far faster than most in the U.S., while in bad times it has weighed on growth. The oil war between Russia and Saudi Arabia that sent prices crashing is a threat. Factor in the coronavirus, which sparked a markets rout and is throttling global oil demand, and the picture gets bleaker.

The Dallas bank Comerica Inc. may further downgrade its 2020 economic growth forecast for Texas to 2%, after last month projecting it would slow to 3.1% from last year’s 4.4%. While 2% isn’t exactly lousy, and better than what’s expected for the U.S. as a whole, it would be a comedown for the Lone Star State.

“This could be dicey,” said Jason Schenker, president of Austin-based Prestige Economics LLC. “Right now, there are bumps in the road. We could see more than bumps — potholes.”

The No. 1 crude producer in the country, Texas boasts more energy-company headquarters than anywhere else on the planet. Between 1997 and 2017, the business of oil and gas extraction made up 3% to 12% of the state’s GDP each year. But there’s also been a consistent uptick in jobs added in a range of other fields, including health care and finance.

“The non-energy part of the Texas economy has been growing so strongly,” said Robert Dye, Comerica’s chief economist. “That is a major stabilizing force.”

Will it be enough?

It’s a political question too, because a strong economy in Texas would benefit President Donald Trump while weakness could help his Democratic opponent in November.

Republicans are already facing headwinds there. Changing demographics — boosted by an influx of young professionals — make the state competitive after a generation of GOP dominance.

Trump won Texas by 9 percentage points in 2016 but now leads former Vice President Joe Biden, the likely Democratic nominee, by less than 3 percentage points, according to a RealClearPolitics average of polls.

In the Permian Basin in West Texas — where half of all U.S. oilfield work occurs — spending by producers is expected to drop 40% by year-end, according to Coras Research. Across the U.S., between 1,500 and 3,000 oilfield service jobs will be affected in the next two months, according to Matt Johnson, chief executive of Primary Vision, which tracks industry data.

Companies had already started to rein in activity last year, driven by Wall Street demands to cut debt and return more profits to shareholders. Several have instituted hiring freezes, said Sam Cross, a senior vice president for Airswift, a recruiter. Layoffs haven’t begun but “among staff and candidates, there’s a lot of fear.”

When oil’s fetching less than $35 a barrel, drilling new wells is a money-losing game for almost every U.S. shale producer. Diamondback Energy Inc., one of the biggest independent producers, announced it was dropping rigs on Monday morning. More than a dozen companies have since followed suit.

“It’s going to hurt us big time,” said Alexis Cervantes, a truck driver who hauls water to and from frack sites. An El Paso native, he moved to Pecos, almost 100 miles southwest of Midland, because wages are so much higher in the basin, even with the recent slowdown in activity. “I’d much rather stay.”

Job losses and bankruptcies seem inevitable, in the Permian oilfields and beyond. State data released this month show Midland’s sales tax revenue plunged 20% from the year before.

“It’s scary but I’m trying to stay positive,” said César Lozano, who started Papa Tacho’s in Midland after the last downturn in 2016. He’s opening a second location of the Mexican restaurant, which is packed with workers sporting steel-toed boots and oilfield logos during lunchtime.

“You can’t have your ups without your downs,” he said. “People here are resilient. We’ll find a way.”

Across the region, local banks with the highest oil and gas exposure are also facing a tough test. Shares of BOK Financial Corp., Bank7 Corp., and Cadence BanCorp have all plunged this week, amid a market-wide sell off. While the largest U.S. lenders have much bigger energy-related loan books, that debt represents a smaller overall share for them.

As the state’s population has grown, so have leisure and hospitality jobs. Back in the 2015-2016 oil crash, the sector continued to add jobs even as thousands were laid off in energy. As large events like Austin’s South by Southwest are canceled and Americans curb their travel because of the coronavirus, hospitality jobs are likely some of the most at risk.

Another concern is the state’s health-care system. Texas had the nation’s highest share of residents without health insurance in 2018, at 17.7%. People without coverage may think twice before going to the doctor for testing, which could contribute to the spread of the virus.

That all puts Texas in a precarious position at an uncertain time for the broader U.S. economy. If America falls into a recession, Texas could rank among the hardest hit states, said Adam Kamins, an economist at Moody’s Analytics.

“You couple this with a broader demand shock, and even secondary drivers will be hit hard, like different types of office jobs, manufacturing,” Kamins said. “This looks like a black swan event — a one-time shock or multiple shocks at once that could drive the economy into recession.”

— With assistance by Joe Carroll, and Gregory Korte