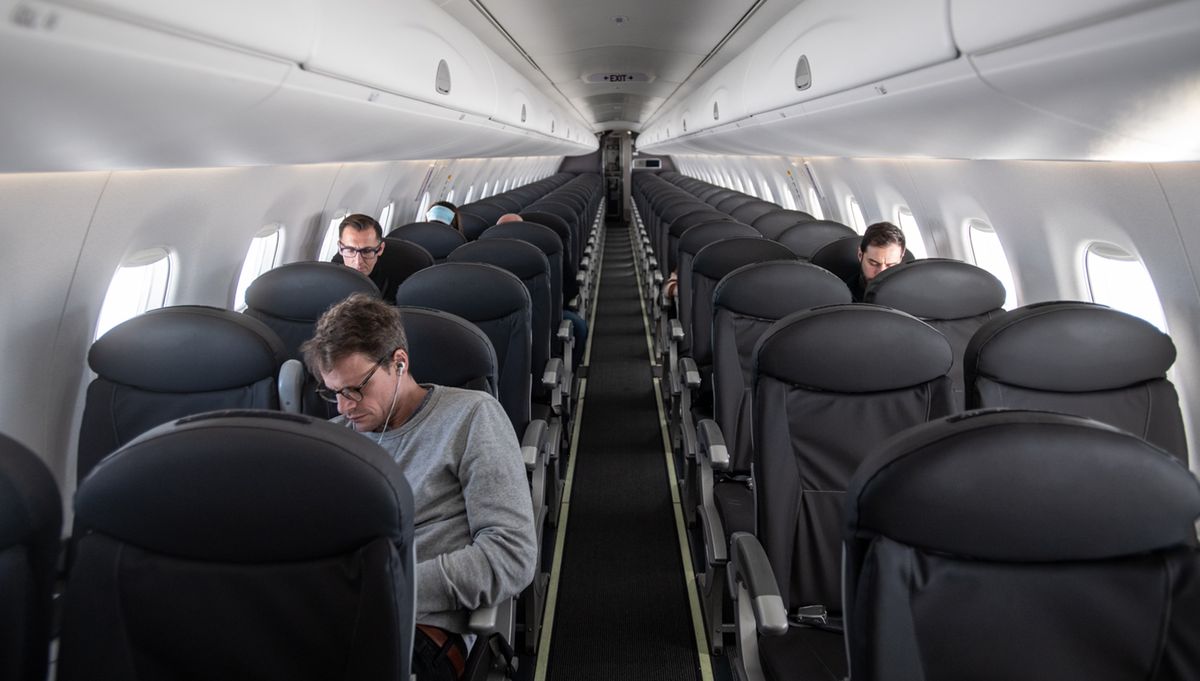 The Hidden Costs of All These Canceled Business Trips

Nick Desai had been planning last week for months, envisioning what some call the Super Bowl of the grocery industry to flaunt his big idea: junk food snacks made from peas, instead of corn.

The chief executive officer of PeaTos hired a hip-hop DJ. He planned to send about 15 staffers and spend more than $100,000 at Natural Products Expo West, a trade show in Anaheim, California, expected to draw nearly 88,000 attendees and 3,700 exhibitors. But last Monday, on the eve of the opening, organizers postponed the event as the coronavirus outbreak deepened in the region.

“When you see the brand, when you see the people, you can quickly get a sense of the energy level and the culture of a company can come across,” Desai said. “It’s almost impossible if you don’t meet them in person.”

The spread of the virus across the U.S. has already caused the scuttling of more than 50 major corporate events with an estimated attendance of 940,000 people, according to data collected by Bloomberg News. Much of the economic impact is obvious. Those attendees aren’t flying, staying in hotels, ordering Ubers and racking up bar tabs on the corporate Amex. In the U.S., spending on business trips rose to $327 billion in 2018—up 22% from five years earlier—in accounting for about 40% of all expenditures, according to the U.S. Travel Association.

What’s harder to calculate is all the missed-opportunity costs. Maybe Desai and his sales team would have inked a new distribution deal for their PeaTos brand? Perhaps a buyer from a major food retailer could have tasted its pea-based classic cheese crunchy curls and bought into Desai’s marketing that pitches the orange snack as a healthier alternative to Cheetos, a category giant made by PepsiCo Inc.’s FritoLay unit.

“So much of what happens at these shows is that one chance interaction that is very difficult to replicate in a non-real life setting,” Desai said. “A lot of it is enjoying your time together, you know, having a cocktail together.”

As much as the business world has gone digital with video conferencing and Slack channels, there are more conferences and trade shows than ever—just try to find a media company that doesn’t have an events division. Some chalk this up to corporate America already being so much about screen time, making the in-person meeting more valuable.

“Everyone in the industry is at that show,” said Shadi Bakour, CEO of PathWater, a five-year-old company selling water in reusable aluminum bottles, which had inked a sponsorship deal for Expo West. “From lawyers, distributors, retailers and investors to you name it. You can run into someone that can change your entire business just by walking around.”

But what happens if months of the conference schedule are wiped out? Walmart Inc., Ford Motor Co., International Business Machines Corp. and Amazon.com Inc. have already suspended non-essential U.S. business travel to events like trade shows, among many others.

Companies and some of the conferences are finding ways to make do by gathering online. A day-long virtual meeting was organized for would-be attendees of the cancelled HIMSS Global Health and Conference and a virtual conference for the American Physical Society meeting. Google Cloud also moved its conference online.

“The benefit of this, though not necessarily for the right reason, will facilitate that digital connection much faster,” said Anne Greven, global head of food and agriculture startup innovation at Rabobank.

The coronavirus has the potential to disrupt travel for more than just a few months. After businesses survive without the in-person touch for a prolonged period, it’s not hard to envision managers liking the lower-cost structure and not reinstating as many trips when the health threat recedes. That would be more bad news for major airlines, which are already cutting schedules and pulling profit guidance amid the turmoil.

But there was also plenty of speculation that business travel would be permanently muted after the September 11 attacks in 2001, only for it to bounce back.

Behavior does change, though, especially when it comes to the internet. Remember there was a time when many scoffed at the idea of buying clothes from a website without trying them on first. Now people are purchasing cars and houses online.

“If this is more like a six-month thing, we’ll all have to learn new skills,” said Mark Randall, a long-time tech executive whose stops include Amazon and Google.

Still, the digital realm can’t replace all types of activities. Mergers and acquisitions this year are off to the slowest start since 2013, and in a growing number of cases being delayed.

“Imagine trying to close a deal remotely?” said Randall, who after a career as a tech executive now invests in and advises companies. “I’ve done a zillion negotiations with vendors on billion-dollar sized deals, and I haven’t done one remotely. Good luck doing that on Zoom.”

Charif Souki, co-founder and chairman of natural-gas producer Tellurian Inc., has already experienced the pain of not having face-to-face communication. The company has been trying to secure customers for a $29 billion liquefied gas project in Louisiana, but those efforts have been subdued by the coronavirus outbreak, which has surpassed 113,000 globally and caused more than 3,900 deaths.

“We’ve had video conferences with some of our potential customers, but at the end of the day, you have to close the deal in person,” Souki said. “If the virus continues to expand and we continue to have these quarantines and restrictions, we will have to adjust.”

Rick Woldenberg, CEO of toymaker Learning Resources, said his management team is “groping our way along” when it comes to navigating what he called “not normal times.” The closely-held company, based in Vernon, Hills, Illinois, has cut back on travel and doesn’t expect in the near future to be visiting its manufacturing partners in China, where the virus originated earlier this year.

“The use of technology will expand in many ways the way we interact with customers, but I do not think the value of being in the same room as people will diminish,” Woldenberg said. “Like any business, we do business with people. Your ability to communicate your integrity, trustworthiness—it’s always better in person to come to an agreement.”