‘An entrepreneur should always remain under pressure or he will die,’ Vineet Rai tells Anjuli Bhargava.
Illustration: Dominic Xavier/Rediff.com

In 2001, when the world was in the throes of capitalism and yet to wake up to the world of impact investing, one man in India registered an entity to raise funds for transforming rural India with a princely sum of Rs 5,000.

The following year, he borrowed Rs 1 lakh from his wife and registered an advisory company on the premise that if those who have previously not been entrepreneurs have to turn entrepreneurial, they need someone to advise them.

Meanwhile, far away in the United States, Jacqueline Novogratz set up Acumen, first as a fund and later a non-profit.

In the UK, businessman turned philanthropist Sir Ronald Cohen set up Bridges Fund Management that in due course crystallised into an impact investing company.

So, the man in question Aavishkaar group chairman Vineet Rai is a pioneer in the impact space in India.

Even globally he’s one of the early birds.

We are meeting for a long pending dinner in Mumbai’s Colaba area at the Table.

We order a Sobo salad to be shared.

He opts for shrimp tacos and a diet coke and I order a roasted almond tortellini.

The term “impact investing”, he explains, was coined many years later — at a meeting at Lake Como, Italy, in 2008 by 10 members of the impact community.

Would he then qualify as the ‘father of impact investing’ in India like his mentor Basix’s Vijay Mahajan, who is often called the father of micro-finance?

He laughs off the suggestion, adding that would be too laudatory.

Rai was 29 when the idea that a blend of talent and high risk capital could transform rural India gripped him.

He presented his idea before the board of the Gujarat government non-profit he was CEO of only to be told that venture capital was barely available in Indian cities, let alone raising such capital for rural India.

Meanwhile, a small group of Indians based in Singapore had heard of Rai and sent him a ticket to visit them (Rai couldn’t afford the tickets for what would be his first-ever visit outside of India).

They hosted a dinner of 50 local Indians, sat through his presentation and a bunch of them committed some money to his plans, not expecting to get it back.

A bull in a china shop and keen to prove his theory, Rai returned to India, quit his job — to his wife’s horror — and set the ball rolling.

He had earlier helped Vikram Akula in building SKS Microfinance as a friend and consultant and had become quite familiar with the micro-finance landscape in India.

But the going wasn’t easy for Aavishkaar (the fund) in its early days and by end-2003, Rai was struggling to keep his head above water.

So why doesn’t he just marry the two?

He followed the advice and worked “30 hours out of 24” with his small team of equally committed people.

Impressed with his handling of the deal, the brothers offered to pick up a majority stake in Rai’s business.

“At the time, Intellecap had Rs 1 crore in spare cash and I thought I was the richest man in the world,” he says.

That apart, he knew there were no free lunches and was skeptical of how he would return the money as and when the time came.

The Chandler brothers, however, were not accustomed to taking a ‘no’ for an answer and persuaded Rai to sell 40 per cent in Intellecap for $8million.

Our dinner is over and Rai orders a cappuccino.

We are by now in 2011 and the pressure on Rai to find a way to return the money invested by the Chandlers was building up.

So he took another mad gamble, against the advice of all.

He went ahead and created Intellegrow (an NBFC) and bought Arohan, a micro-finance company, which he got cheap at the peak of the micro-finance industry crisis.

As they say, fortune favors the brave.

The Aavishkaar fund became one of the first investors in several early stage, highly successful MFIs of the day including Equitas, Basix and Utkarsh.

Arohan grew by leaps and bounds and is the fifth largest MFI in India today.

At this point, Rai gets into the minutae of a mind-blowingly complex restructuring of the group that I tune out of and by the time I catch him again the holding company Aavishkaar group has been born.

The group then sold stake in the holding company twice, raising over $100 million in two years (part of the money was used to buy back stake from the Chandlers), taking Rai and his associates’ share in the group down to just over 51 per cent.

I interrupt to point out that many in the impact space have questioned his decision to venture into Africa and South East Asia, arguing that he’s bitten off more than he can chew.

If one adjective to describe Rai is a risk-taker, the other is ambitious.

He’s also under pressure again to create exit options for his present set of investors.

I switch to a broader debate: Over the years, there has been criticism globally that the impact sector is seeking to take a moral high ground and make other businesses appear soul-less.

This lot argues that every business will have some impact and that the impact community comprises wolves in sheepskin.

So does he see himself as a messiah for India’s poor?

“If a child is dying of starvation or a baby girl is killed, what can I do?” he asks.

He can only solve problems that lend themselves to a viable business model.

Also, he’s in it because this is what he likes doing, not because he can “change the world”.

As we chat, I find Rai remains grounded in more ways than one: Living in Kandivali although he can easily afford a fancier address in the city, maintaining a pretty strict pay parity in the group and asking his driver to leave during the course of dinner, as he is concerned it may be late for him to find transport to get home.

We have been talking over three hours now.

As we wind up, I tell him that he appears to be enjoying the perpetual- pressure-cooker work environment.

“An entrepreneur should always remain under pressure or he will die,” he says simply.

During this rather tense journey, he hopes, many will be left richer — be it his own team, his investors, rural India and possibly himself. 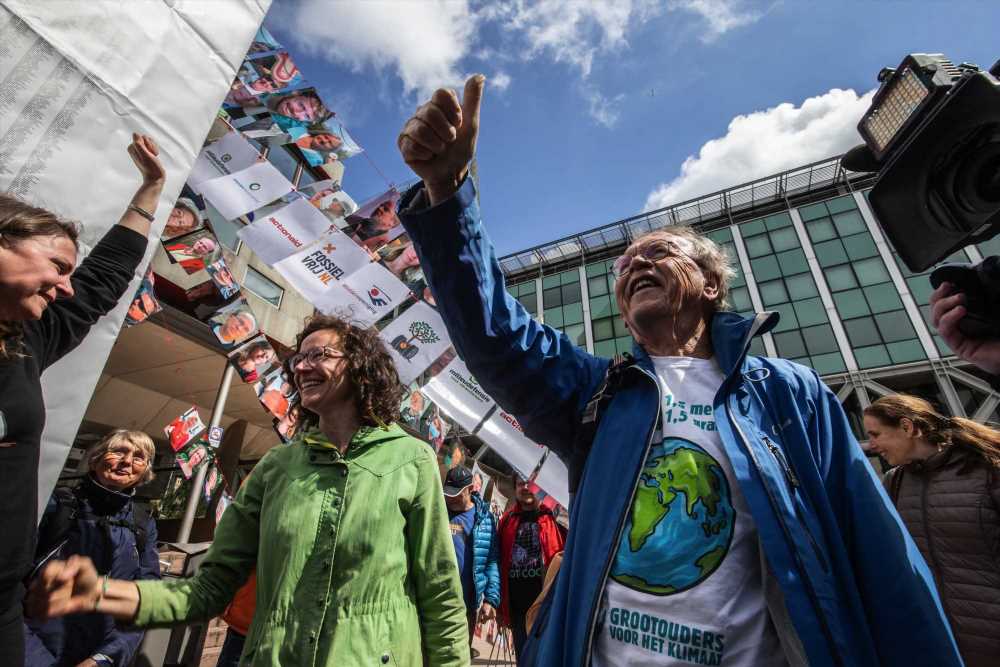