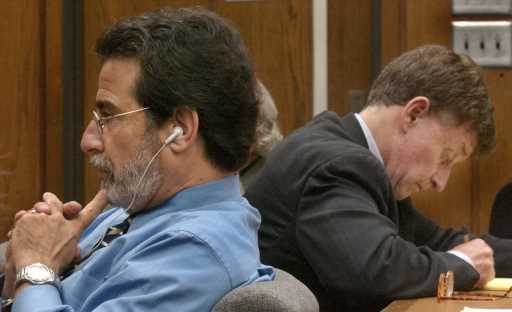 EXCLUSIVE: David Rudolf, the lawyer at the center of Netflix and Canal+ documentary series The Staircase, has teamed up with The Innocent Man producer Campfire to host a new crime podcast.

Rudolf and his wife Sonya Pfeiffer are hosting Abuse of Power, a series that examines injustices at the hands of law enforcement and others in the criminal justice system. The husband and wife criminal defense duo have dedicated their lives to combating egregious abuses in law enforcement, as well as civil rights violations.

The podcast, which is set to launch in late May, will be produced by Wheelhouse-backed production company Campfire, the firm behind FX’s upcoming Zodiac killer doc series The Most Dangerous Animal of All, and podcast firm Acast. It is also produced in partnership with Gilded Audio, Such Content and Gramercy Media. Campfire Vice President of Non-Fiction Content Rebecca Evans will spearhead and produce the series, alongside co-producer Annalie Gernert.

In each episode, Rudolf and Pfeiffer spotlight a new case in which misconduct within the system resulted in a significant injustice, such as a wrongful prosecution or conviction. Featuring exclusive interviews with those directly involved in each case – including defendants, lawyers, experts and family members – Rudolf and Pfeiffer dive deep into each incident, providing listeners with am overview of the abuse that occurred, while also highlighting the fallout and showcasing the untold stories of those impacted by flaws within the criminal justice system.

As defense attorneys, Rudolf and Pfeiffer each have first-hand experience and a wealth of insight into the issues raised in Abuse of Power. Rudolf faced these problems head-on as the lead attorney for defendant Michael Peterson in the notorious murder trial chronicled in true-crime series The Staircase. Pfeiffer was previously an award-winning journalist, before becoming a criminal defense attorney and civil rights lawyer. Together, they have secured millions of dollars in damages for individuals whose civil rights have been violated.

The podcast comes on the back of developments in the case highlighted in Campfire’s Netflix series The Innocent Man. At the end of last year, Karl Fontenot, the subject of the series, was released from prison after serving 35 years for a crime that he did not commit.

Rudolf and Pfeiffer said, “As attorneys who utilize the power of storytelling in the courtroom, we also rely on its function as a catalyst for change outside the courtroom. Our goal is that Abuse of Power will build compassion and awareness, educating and motivating listeners through a diverse collection of stories we can all identify with. The sooner we stop ‘othering’ and start understanding, the sooner we’ll find solutions to the systemic problems within our criminal justice system.”

Campfire CEO Ross Dinerstein said, “Through our work, all of us at Campfire have seen first-hand the heartbreaking effects of the flawed criminal justice system, as well as the power that television, film and podcasts wield in bringing these stories to light and ultimately prompting change. We’re privileged to partner with David and Sonya whose collective experience gives them a personal stake in each case and fuels their passion for unearthing and rectifying injustices.”

Acast Director of Content Veronika Taylor added, “Podcasting is among the most powerful platforms of our time for broadcasting misconduct in the criminal justice system. In the past few years alone, we’ve seen podcasts lead to meaningful and effective reform. We’re proud to partner with the Campfire team as they bring their mastery of visual storytelling to the audio space, giving voice to more and more important – and often untold – stories.”

You can listen to the Abuse of Power podcast trailer below: