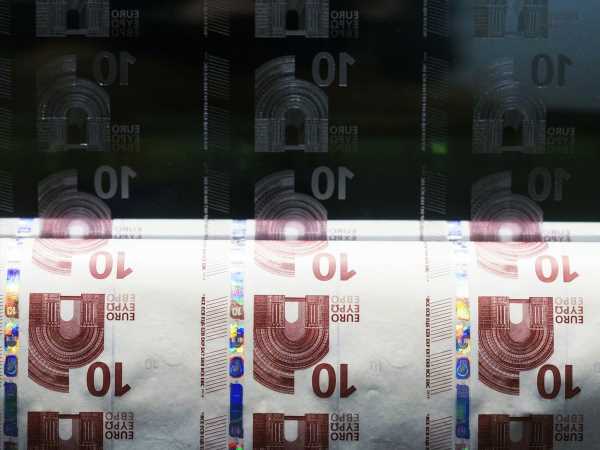 As the spread of the novel coronavirus raises the specter of a sudden downturn in the global economy, policy makers are turning to a menu of measures to soften the blow. They’re likely to trigger more emergency moves — such as the U.S. Federal Reserve’s surprise cut to interest rates on March 3 — or try some new ones. While rate cuts make borrowing cheaper, they have little immediate effect on factories starved of materials or worried consumers spending less on shopping, travel or eating out. Already, for instance, Hong Kong’s government has a plan to hand out cash. So what are the options, and their limits?

In many countries, traditional tools of monetary policy remain blunted because the economy has yet to fully recover from the 2008 financial crisis.

Cuts to interest rates are the traditional tool, but things aren’t so simple this time around: The Fed is joining other central banks in running out of space. Its rate is down to a range of 1% to 1.25% (compared with 5.25% at the start of the last crisis), giving it limited ammunition for further stimulus. Others are even more constrained. The European Central Bank and Bank of Japan already have rates that are below zero — meaning borrowers get paid to borrow money. While many central banks are expected to follow the lead of the Fed and push rates lower, ultra-loose monetary policy is already the subject of vigorous debate about whether it does more harm than good.

Born in the 2008 crisis, the once unconventional idea of making huge bond purchases to nudge down long-term rates is now an established part of the central banks’ armory. Yet the strategy is seen as less effective when long-term rates are already low. Advocates suggest boosting the policy’s power by expanding purchases beyond government and corporate bonds — as the Bank of Japan has done, with its buying of exchange-traded funds. (In response to the outbreak, the BOJ was expected to raise its target for ETF purchases or buy the existing quota faster.) The ECB resumed its so-called quantitative easing in 2019; other central banks have indicated they would be prepared to resurrect programs in the face of weakness.

Central banks could try to maximize their limited firepower by delivering a coordinated move, the theory being that joint action might boost confidence more than the sum of its parts. That would mirror the approach taken in 2008, when the Fed, ECB and four other central banks acted together to lower interest rates. Indonesia’s finance minister urged “synchronized and coordinated policy responses — monetary, fiscal and trade and investment policies — to fight the weakening global demand and supply disruption.” There are also calls for collaboration within countries: The incoming head of the Bank of England told Parliament on March 4 that he would coordinate measures with the U.K. Treasury.

There are more direct steps that policy makers can take to cushion confidence and keep money flowing freely. Regulators in China have asked banks to be more lenient on bad loans — providing relief through what’s known as forbearance. The People’s Bank of China is extending 800 billion yuan ($115 billion) of cheaper loans to support smaller and private companies, while the ECB was considering how it might support banks through its long-term lending program. JPMorgan Chase & Co. economist Allan Monks says the Bank of England could take steps such as canceling a planned increase in the capital banks must hold.

With the virus no longer contained in China, worried consumers everywhere are reluctant to shop or spend. That’s increasing calls to to do more to address the “demand” side of the equation, too. The U.S., Japan, Italy, Singapore and South Korea are among the countries assembling emergency spending packages, though in most cases they’re tied to spending for prevention and treatment of disease, rather than a boost to the broader economy.

Even before the coronavirus appeared, central banks were arguing that fiscal policy — actions by governments from lowering taxes to spending more on infrastructure — should take on a larger role in spurring sluggish economies. Such action can shore up demand more directly and more quickly than monetary easing. Among possible fiscal measures that could be unleashed: tax cuts or credits to help companies with cash flow problems; suspending fines for delivery delays; and more generous medical leave and transfers for medical expenses. Here’s what’s happening in some countries:

China has has waived requirements for smaller companies to pay into the social security system from February to June. The value added tax rate for smaller companies has also been reduced temporarily to 1% from 3% between March and May. In the U.S., Mnuchin said he planed to speak with banking agencies about what regulatory relief might be necessary during the worst of the coronavirus’s impact. The U.K. is considering relaxing rules on sick pay.

A blockbuster option could be simply handing out cash to citizens. There’s been a robust debate in recent years over whether central banks can boost growth this way by simply creating extra cash — a method known as helicopter money — but no institution is seriously considering it. Governments, however, have been less circumspect. Hong Kong, Singapore and Macau all announced plans to give cash payouts or vouchers to people, either through regular budgetary payments or one-time handouts. In Hong Kong, each permanent resident of the city 18 or older was slated to receive a one-time handout of HK$10,000 ($1,284), a move Financial Secretary Paul Chan $1,284 Cash Handouts as Recession Bites” target=”_blank”>said would help aid a population “overwhelmed by the heavy atmosphere.”