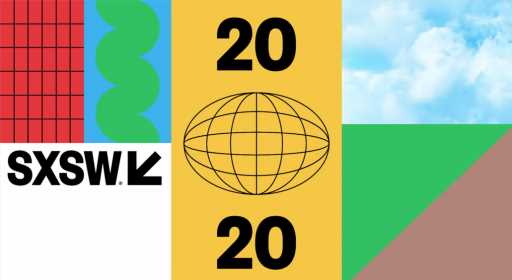 The biggest story in the music business this week – really, the only story, given the ramifications – was the Austin Mayor’s decision to pull the plug on South by Southwest. It marked the first time in the event’s 34-year-history that the show won’t go on.

Already, the reeling Austin community is scrambling to salvage something. The Red River Cultural District, which represents live music venues Cheer Up Charlies, Barracuda, Beerland, Empire, Elysium, Mohawk, Scratchhouse, and Stubbs, along with promoters Heard Presents and Austin-based software startup Prism.FM, are attempting to ensure that events will continue.

Billboard magazine reported that event cancellation insurance and infectious disease coverage is getting “increasingly expensive and restricted,” and that the coronavirus is among the items not covered. Rates have increased more than 50 percent, Billboard said, with deductibles also skyrocketing, and exclude food and beverage sales, a big part of an even’t profits.

SXSW Founders: No Coverage For Disease Cancellation In Our Event Insurance Policies

Deadline asked Andy Gensler, the Executive Editor of concert industry trades Pollstar and VenuesNow, to provide a deeper picture of where things are at and where they may be headed.

DEADLINE:  While no one knows the future, how far out will the ripple effects of the SXSW cancelation decision reach? In other words, will this hamper anything already in the works for the spring/summer season?

ANDY GENSLER: Unfortunately, yes. The ripple is extending further and further out, though I believe it’s far too early at this juncture for panic and for events to be canceled. There have been many mass gatherings since the spread of this virus, and yet the rate of infections is relatively minuscule—312 cases, according to today’s New York Times—that’s .00009541 of the US population of 327 million. Unfortunately, fear, stoked in part by intensive 24/7 media coverage, and liability are driving cancellation decisions, which really seem premature. There’s already discussions about cancelling Coachella, which, at this point, would be a shame and I believe unnecessary.

DEADLINE: Presuming next year at SXSW will happen, how will today’s decision impact things?

ANDY GENSLER: So much depends on the spread of the virus, but SXSW is a strong 34-year old brand in the live business and many artists and their teams include it as part of their marketing strategies, as do brands, films, and tech companies. Venue owners may the most impacted. One in Austin told us 25% of his yearly gross comes from SXSW. That, unfortunately, may be too much for some businesses to bear.

DEADLINE: Do you think this might lead to a sale of SXSW under some sort of partnership arrangement? I was thinking that Coachella almost went under and then was revived with deep pocketed partners. Do you think that is a possibility here?

ANDY GENSLER: It was the first few years of Coachella when it was on a bit of shaky financial ground. But SXSW, with its 34-year history and an estimated $350+ million pumped into the Austin economy, there’s too much at stake for it to go under. It’s possible it could need financial help or a partnership to continue after this year. But with such a strong brand, I don’t think it will have much problem continuing.