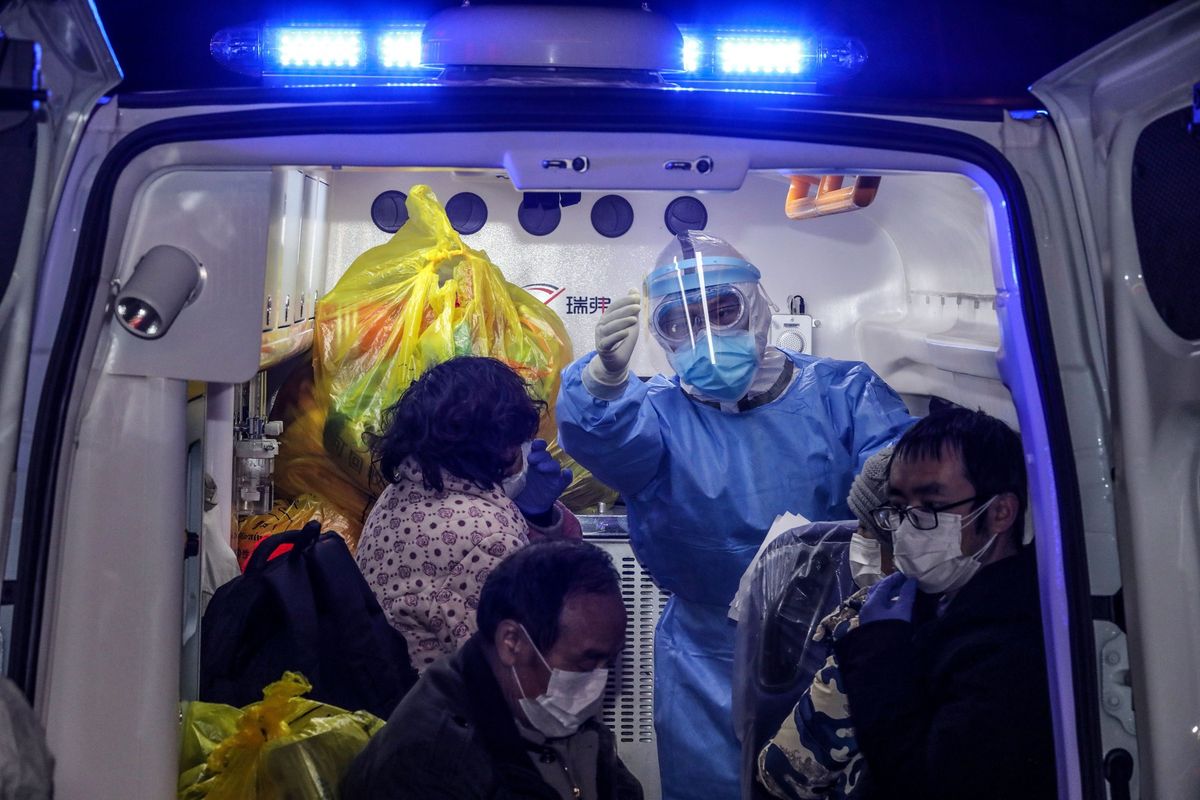 Patients with hypertension appear to be at a higher risk of dying from the coronavirus, said a top Chinese intensive care doctor who’s been treating critically ill patients since mid-January.

While there’s been no published research yet explaining why, Chinese doctors working in Wuhan, the central Chinese city where the virus first emerged, have noticed that infected patients with that underlying illness are more likely to slip into severe distress and die.

Of a group of 170 patients who died in January in Wuhan — the first wave of casualties caused by a pathogen that’s now raced around the world — nearly half had hypertension.

“That’s a very high ratio,” said Du Bin, director of the intensive care unit at Peking Union Medical College Hospital, in an interview with Bloomberg over the phone from Wuhan. He was among a team of top doctors sent to the devastated city two months ago to help treat patients there.

“From what I was told by other doctors and the data I can see myself, among all the underlying diseases, hypertension is a key dangerous factor,” said Du, one of the most respected critical care experts in China. “Though there is no research published on that yet, we believe hypertension could be an important factor in causing patients to deteriorate, leading to a bad prognosis.”

As the outbreak picks up speed in Europe and the U.S., plunging countries like Italy into crisis, doctors are struggling to treat the highly-infectious pathogen that’s infected over 108,000 people globally in just three months.

Understanding the course of the disease and identifying individuals at greatest risk are critical for optimizing care for a global contagion that’s killed more than 3,700 people since emerging in China in December.

Answers may lie in studying the large pool of patients in China, where more than 15,000 remain hospitalized although new infections have slowed dramatically. The disease turns critical in 6% of patients and deterioration can happen very quickly.

“We’ll keep an eye on old people and those with high blood pressure. They are the key focus,” said Du.

Besides the hypertension factor, Du’s other insights into treating the disease are:

Du said that doctors should not hesitate to escalate measures for patients facing respiratory distress, as organ failure can set in quickly after. That means doctors should intervene aggressively with invasive ventilation measures — inserting a tube into a patient’s throat or cutting the throat open to create an airway — when low blood oxygen levels can’t be improved by less invasive measures.

Almost half of the patients who require invasive mechanical ventilation end up dying, but most of those who recover are those who were put on invasive ventilation early, said Du.

“Patients need to use invasive ventilation as early as possible, there’s no point of doing it late,” he said.

Respiratory therapists — doctors that specialize in ventilation and oxygen treatment — are becoming all the more important in treating patients critically ill with Covid-19 as they are more knowledgeable and can fine-tune ventilators to suit patient conditions.

No ‘Magic Bullets’ in Drugs

There is growing anticipation over drugs being developed to treat the virus, with investors adding billions to the market value of pharmaceutical companies testing treatments now. But Du said drugs alone cannot save patients, especially those in severe condition.

The experience of SARS, the epidemic 17 years ago that sickened almost 8,000 people, showed that most patients can be cured without a specific anti-viral drug, said Du. And the abundance of antibiotics has not prevented deaths by bacterial infections, he added.

“When there’s a virus infection, we hope there’s a drug that can kill the virus and change the clinical outcome. But there’s no magic bullet.”

Instead, teamwork among specialists and nurses in intensive care units can be more crucial in keeping patients alive, he said. “An ICU doctor should work like a conductor in an orchestra to provide life-sustaining treatment while taking into consideration different specialist views,” he said.

Reports that people who have recovered and been discharged from hospital later test positive again — and even die from the disease — have ignited fears that the virus can somehow re-emerge.

Du said that patients becoming re-infected again within days of leaving the hospital makes no sense “theoretically” as the anti-bodies in their bloodstream generated from fighting the disease do not disappear so quickly, although they don’t necessarily stay forever.

“What we need to look at in terms of those who tested positive again is concerns over the authenticity of their negative results,” he said. For example, samples taken from different areas of the same patient could test differently depending on where the virus resides.

Test kits made by different manufacturers could also have inconsistencies that impact test results, he said.

— With assistance by Dong Lyu, and Claire Che