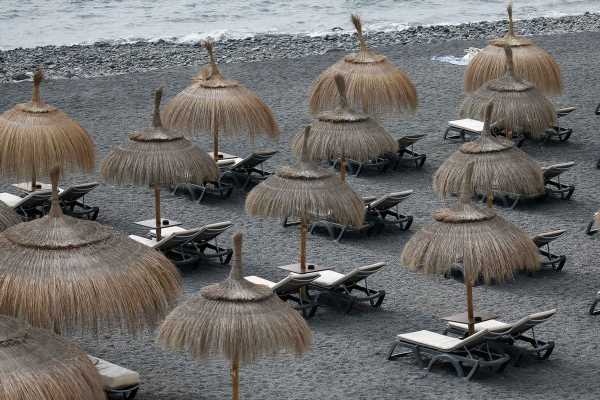 Travelers Face Losses for Cancelations—and Great Bargains for the Brave

The pyramids of Egypt have been on Genelle Edwards’s travel bucket list for years. She started having second thoughts about her two-week trip to Egypt, due to start on March 16, after an outbreak of the new coronavirus on a cruise ship on the Nile River and the death of a German tourist from Covid-19 at a hospital in a Red Sea resort. “I’m worried about being quarantined and stuck when I’m there,” says the 68-year-old retired business owner from Austin. “But also I’m concerned with my age, as I’m almost at the highest-risk category.”

Edwards says she now plans to cancel, a decision that could be costly: She spent $8,500 plus rewards points on the trip and may only be able to rebook the flight. The conundrum—to travel or not—is a common one, as the coronavirus spreads globally: Those with existing reservations face potentially steep losses for canceling, while those contemplating trips must weigh the risk of getting sick or being quarantined against the discount offers from airlines, tour operators, and cruise companies coping with plummeting sales.

While trip insurance doesn’t typically cover disruption tied to epidemics or fear of travel, some coronavirus claims are nonetheless being accommodated: German insurer Allianz SE has started covering medical treatment and trip cancellation and interruption for customers who become ill with Covid-19 or who are scheduled to visit regions with major outbreaks, under certain circumstances and for those with applicable benefits. Tourism in Italy has practically ground to a halt after the country issued a nationwide lockdown on March 9.

For destinations with just a few cases, travelers who cancel can generally expect to lose at least part of the money. TUI AG, a tour operator based in Hanover, Germany, reimburses excursions affected by government-issued travel warnings, but not those canceled because customers are simply wary of traveling. “Fear of infection is not a reason to withdraw from a trip,” says Susanne Stuenckel, a spokeswoman for TUI.

The travel industry is starting to loosen some conditions to encourage people to take advantage of deals. German carrier Deutsche Lufthansa AG, which is cutting as many as half of its flights because of the virus, has waived rebooking fees through April. Melia Hotels & Resorts of Spain is offering rebates of up to 45% and free cancellations. “Many hotels are trying to be more flexible, because they want the travelers to come, if not next week, maybe in three months,” says Alexis Waravka, public affairs manager of Hotrec, an association of hotels, restaurants, pubs, and cafes in Europe.

Will bargains win over wary travelers?

Royal Caribbean Cruises Ltd. is offering guests full credit on their fare even if they opt out as late as 48 hours before embarkation on trips before the end of July. After that, the policy returns to the stricter charges that usually apply for the industry: They’d have to cancel at least 57 days before sailing to get everything but their deposit back.

The looser terms may not be enough to offset declining business for cruise operators. Travelers on several ships have been quarantined for days to weeks after confirmed cases of Covid-19 or because of fears of possible infections, highlighting a risk for the global industry’s more than 300 vessels. Most notable was Princess Cruises Inc.’s Diamond Princess, which saw about 700 people become infected and was forced to dock for weeks off the coast of Japan. The Centers for Disease Control and Prevention recommended travelers defer all cruise ship travel worldwide because of a higher risk of person-to-person spread.

HolidayPirates Group, which runs travel deal websites in 10 countries, is trying to quell some of the traveler concerns by promoting information on safe destinations, cancellation policies and insurance, and tips on staying healthy. The Berlin-based company, which saw sales slump 30% from late February to early March because of virus-related fears, is expecting the campaign and low-cost deals to bring some business back. “The longer the situation takes, the more travelers will get used to it and the less panic there’ll be,” says Chief Executive Officer David Armstrong.

Claire Fletcher, 33, a marketing manager in Durham, N.C., took advantage of a cheap offer in January when she booked a round-trip flight for $349 to San Francisco. The trip to see the city and the redwood forests with two friends in early May is on for now, but Fletcher says she’d be deterred by a large outbreak like the one in Italy or even one that spreads city-wide. She expects she’d be reimbursed for accommodation and car rental if she is forced to cancel the trip. “I’m pregnant and have asthma, so I need to be cautious as even the regular flu could be dangerous,” she says.