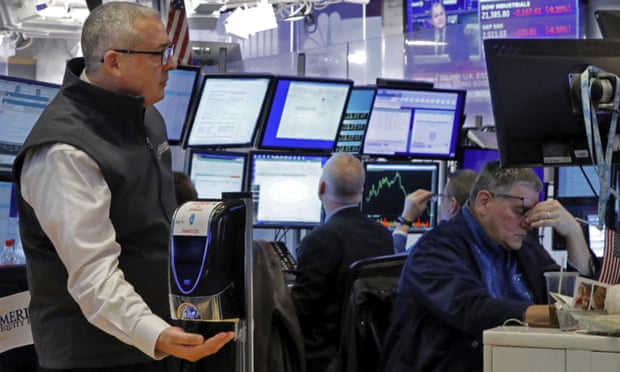 You’d expect Larry Summers, former US Treasury Secretary under President Clinton and adviser to President Obama, to twist the knife, and he did so stylishly. By destroying “about $500bn in equity market value in course of an 11-minute speech”, President Trump had set “what I believe is a new world record for presidential market value destruction”.

Fair point. Donald Trump’s ban on flights from 26 European countries lacked rhyme or reason. It runs counter to the World Health Organization’s advice and virtually guarantees the economic hit to the US will be intensified. More to the point, the president said virtually nothing about how the US will construct its healthcare response to the pandemic.

Trump also managed to lower already-low hopes that the world’s big economies would summon a spirit of collectivism. The US president seems mostly concerned with finding someone to blame while ensuring trade tensions with the EU are set to maximum, the natural reading for why flights from the UK to the US will be permitted (for now).

Cue another huge fall for stock markets as investors, having been offered no reason for macro optimism, engaged in a micro hunt for corporate losers. Within the FTSE 100 index’s 10.87% fall, more than a dozen constituents saw their shares prices fall 15% or more – and they weren’t all obvious candidates such as airlines, hoteliers, tour operators or the cruise company Carnival.

Anglo American, BHP and Glencore – three of the world’s large miners, and thus sensitive to every twitch in commodity prices – were among the biggest fallers. The moral there is that markets now expect global recession and fear deflation.

Then there was Centrica, the British Gas owner that, once upon a time, would have been considered a haven stock. Not now: its earnings will be hit by lower energy prices while its North Sea assets, which are up for sale, will be falling in value by the day. Centrica, unfortunately, is one of the most widely held stocks by retail investors.

Business Today: sign up for a morning shot of financial news

Then came the financial crew of Prudential, Legal & General, Standard Life Aberdeen and Barclays. The whacks to insurers and fund managers can be explained: the former’s capital is depleted when markets fall and the latter’s assets under management decline for the same reason.

However, the presence of Barclays, down 17% at 97.5p, its lowest level since 2009, was most revealing. It played to the new fear of financial contagion, meaning previously liquid markets suddenly drying up. The danger is mayhem as financial institutions are forced to get out of positions at almost any price in a desperate search for cash. It happened in 2008 – indeed, it was a defining feature of the chaos in the weeks after the fall of Lehman Brothers.

The worries were clearly justified. Soon after the close of trading in London, the New York Fed injected $1.5tn (£1.19tn) into financial markets to address what it called “highly unusual disruptions” in the US Treasury market, or the market for US government debt, which in normal times is the world’s most liquid.

Consider the intervention a case of the financial grown-ups trying to restore a sense of stability via a show of strength. It is frightening, however, that the US central bank was forced into action less than 24 hours after the US president tried to calm a crisis and failed at every turn. More wild days lie ahead, one suspects.

Its share price has fallen by 75% in a year, and has halved in the past 10 days, but Cineworld, the world’s second-largest cinema chain, is trying to imagine a cheerful plot. The industry expects to provide “fun, laughter, happiness and joy to millions of dedicated movie fans, just as it has for over a century”, said its chairman, Anthony Bloom.

In his shoes you’d probably say the same, especially as Cineworld says ticket sales have largely been immune to coronavirus so far. But the decision to lift the annual dividend by 3.3% looks very odd when you read the auditor’s scary “going concern” statement.

In short, Cineworld, which also runs the Picturehouse chain in the UK, could breach its banking covenants if it lost two or three months of revenue across its estate.

Skipping the latest quarterly dividend would save $50m (£40m), which is popcorn in the context of group debt of $3.5bn, the legacy of acquisition-driven expansion. All the same, why pay any dividend when enforced closures of cinemas are a real possibility?