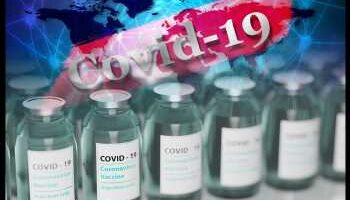 In spite of the Biden administration’s all out effort to expedite vaccination and booster shots, the United States is experiencing an unprecedented surge in new Covid cases and deaths, triggering fears that the country is heading towards a bleak holiday season.

Cases are skyrocketing in states such as Vermont, New Hampshire and Michigan, which are in the colder parts of the country.

Daily coronavirus infections climbed by a whopping 43 percent and Covid fatalities by 32 percent in two weeks, driven by the more easily transmitted Delta variant, according to the New York Times.

With 36,818 new cases reported on Sunday, the national total has reached 49,921,422, as per the latest data from Johns Hopkins University.

A report by Reuters said that the national total crossed 50 million.

Covid hospitalizations are up 23 percent from a fortnight ago. 665,962 people are currently hospitalized due to the viral infection.

California is the worst affected state in terms of both the metrics, with 5,027,405 total cases and 75,517 casualties recorded so far.

Sunday marked the day when the number of people who have recovered from the disease in the country crossed 40 million.

As per the latest data published by the Centers for Disease Control and Prevention, 201,975,235 Americans, or 60.8 percent of the eligible population, have been administered both doses of the Covid vaccine so far. This includes 87.2 percent of people above 65.

When compared to the first two doses, the speed and volume of people who receive a third booster dose of vaccination is much higher in the United States.

More than 50 million Americans have already received a booster shot within three months of its introduction in the country.

States in colder parts of the country are seeing the biggest surge in new infections on a per capita basis, including Vermont, New Hampshire and Michigan.