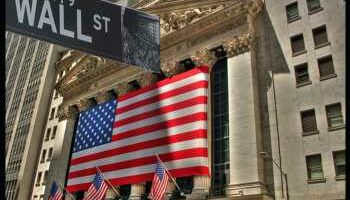 Stocks pulled back well off their best levels of the day but still managed to end Tuesday’s session modestly higher. With the uptick on the day, the Dow and the S&P 500 once again reached new record closing highs.

The early strength on Wall Street reflected a largely positive reaction to the latest batch of earnings news from several big-name companies.

Shares of UPS (UPS) moved sharply higher after the delivery giant reported third quarter results that exceeded analyst estimates on both the top and bottom lines.

On the other hand, shares of Facebook (FB) moved lower after the social media giant reported third quarter earnings that beat expectations but its revenues came in below estimates.

Positive sentiment may also have been generated in reaction to a report from the Commerce Department showing new home sales in the U.S. skyrocketed in the month of September.

Economists had expected new home sales to jump by 2.7 percent to an annual rate of 760,000 from the 740,000 originally reported for the previous month.

A separate report from the Conference Board showed consumer confidence reversed a three-month downward trend in October amid easing concerns about the Delta variant of the coronavirus.

The Conference Board said its consumer confidence index climbed to 113.8 in October from an upwardly revised 109.8 in September.

The rebound surprised economists, who had expected the consumer confidence index to edge down to 109.0 from the 109.3 originally reported for the previous month.

Reflecting the lackluster close by the broader markets, most of the major sectors ended the session showing only modest moves.

Tobacco stocks showed a substantial move to the downside, however, with the NYSE Arca Tobacco Index plunging by 4 percent.

Computer hardware stocks also showed a notable move to the downside, as reflected by the 1.5 percent drop by the NYSE Arca Computer Hardware Index.

In overseas trading, stock markets across the Asia-Pacific region turned in another mixed performance during trading on Tuesday. Japan’s Nikkei 225 Index surged up by 1.8 percent, while China’s Shanghai Composite Index fell by 0.3 percent.

Meanwhile, the major European markets all moved to the upside on the day. While the German DAX Index jumped by 1 percent, the French CAC 40 and the U.K.’s FTSE 100 Index both advanced by 0.8 percent.

In the bond market, treasuries moved modestly higher over the course of the session. Subsequently, the yield on the benchmark ten-year note, which moves opposite of its price, edged down by 1.6 basis points to 1.619 percent.

Earnings news is likely to remain in the spotlight on Wednesday, with Google parent Alphabet (GOOGL), Microsoft (MSFT) and Twitter (TWTR) among the companies releasing their quarterly results after the close of today’s trading.

Boeing (BA), Coca-Cola (KO), General Motors (GM) and McDonald’s (MCD) are also among the companies due to report their results before the start of trading on Wednesday.

A report on new orders for U.S. manufactured durable goods in the month of September may also attract attention. Durable goods orders are expected to slump by 1.1 percent.