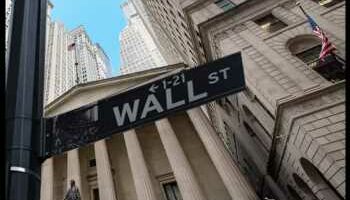 U.S. Stocks May Continue To Regain Ground In Early Trading

Following the rebound seen in the previous session, stocks may see further upside in early trading on Friday. The major index futures are currently pointing to a higher open for the markets, with the Dow futures up by 110 points.

Traders may continue to pick up stocks at somewhat reduced levels following the sell-off seen earlier in the week.

Before the rebound on Thursday, the major averages ended Wednesday’s trading at their lowest levels in over a month.

However, the futures have given back ground following the release of a report from the Commerce Department showing retail sales were unchanged in April after skyrocketing in March.

The Commerce Department said retail sales were virtually unchanged in April after soaring by an upwardly revised 10.7 percent in March.

Economists had expected retail sales to jump by 1.0 percent compared to the 9.8 percent spike originally reported for the previous month.

Excluding a notable increase in sales by motor vehicle and parts dealers, retail sales slid by 0.8 percent in April after surging up by 8.9 percent in March. Ex-auto sales were expected to climb by 0.7 percent.

A separate report released by the Labor Department showed U.S. import prices increased by slightly more than expected in the month of April.

The Labor Department said import prices climbed by 0.7 percent in April after surging by an upwardly revised 1.4 percent in March.

Economists had expected import prices to increase by 0.6 percent compared to the 1.2 percent jump originally reported for the previous month.

The report showed export prices also advanced by 0.8 percent in April following a 2.4 percent spike in March. Export prices were expected to rise by 0.6 percent.

U.S. stocks closed higher on Thursday, staging a strong comeback after suffering losses in the previous three sessions. Investors largely shrugged off concerns about inflation and possible monetary tightening by the Federal Reserve.

Data showing a bigger than expected drop in initial jobless claims in the U.S. and bargain hunting contributed to market’s rebound.

The major European markets have also moved to the upside on the day. While the French CAC 40 Index has advanced by 0.9 percent, the U.K.’s FTSE 100 Index is up by 0.7 percent and the German DAX Index is up by 0.6 percent.