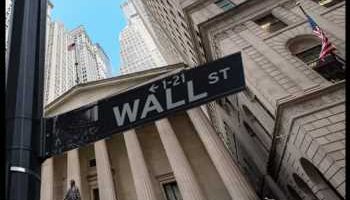 Following the downturn seen late in the previous session, stocks may see continued weakness in early trading on Friday. The major index futures are currently pointing to a lower open for the markets, with the Dow futures down by 158 points.

Traders seem worried that Trump may impose sanctions on China after Beijing approved a controversial security law on Hong Kong that could dramatically erode the special administrative region’s autonomy.

Trump has also repeatedly blamed China for the coronavirus pandemic, leading to rising tensions between the two economic superpowers.

In U.S. economic news, the Commerce Department released a report unexpectedly showing a substantial increase in U.S. personal income in the month of April, reflecting the distribution of stimulus checks by the federal government.

The Commerce Department said personal income spiked by 10.5 percent in April after tumbling by a revised 2.2 percent in March.

The jump in personal income came as a surprise to economists, who had expected income to plunge by 6.5 percent compared to the 2.0 percent slump originally reported for the previous month.

Meanwhile, the report showed a steep drop in personal spending, reflecting the impact of the coronavirus-induced lockdown.

The Commerce Department said personal spending plummeted by 13.6 percent in April after a revised 6.9 percent slump in March.

Economists had expected spending to tumble by 12.6 percent compared to the 7.5 percent nosedive originally reported for the previous month.

Just after the start of trading, MNI Indicators is scheduled to release its report on Chicago-area business activity in the month of May.

The Chicago business barometer is expected to rise to 40.0 in May from 35.4 in April, although a reading below 50 would still indicate a contraction in activity.

After seeing strength for much of the session, stocks came under pressure in the final hour of trading on Thursday. The major averages pulled back off their highs of the day and into negative territory.

In overseas trading, stock markets across the Asia-Pacific region turned in a mixed performance during trading on Friday. Japan’s Nikkei 225 Index edged down by 0.2 percent, while China’s Shanghai Composite Index inched up by 0.2 percent.

Meanwhile, the major European markets have all moved to the downside on the day. While the French CAC 40 Index has fallen by 0.4 percent, the German DAX Index and the U.K.’s FTSE 100 Index are both down by 0.9 percent.