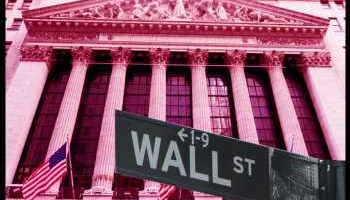 Following the pullback seen in the previous session, stocks are likely to see further downside in early trading on Tuesday. The major index futures are currently pointing to a lower open for the markets, with the S&P 500 futures slumping by 1.3 percent.

Technology stocks are likely to lead the way lower once again, as reflected by the 2 percent nosedive by the tech-heavy Nasdaq 100 futures.

Shares of Tesla (TSLA) are moving sharply lower in pre-market trading after a report from Reuters said the electric car maker has halted plans to buy land to expand its Shanghai plant and make it a global export hub.

The weakness among technology stocks may partly reflect concerns about an acceleration in the rate of inflation and potential monetary policy tightening by the Federal Reserve.

The Fed has attributed the increase in inflation to “transitory factors,” although analysts have suggested the central bank will still begin considering tapering its asset purchases in the coming months.

Stocks moved mostly lower over the course of the trading session on Monday, with technology stocks leading the way to the downside. The Dow reached a record intraday high in morning trading but joined the tech-heavy Nasdaq in negative territory as the day progressed.

The major averages all finished the day lower, although the Nasdaq underperformed its counterparts by a wide margin.

The major European markets have also shown significant moves to the downside on the day. While the U.K.’s FTSE 100 Index has plunged by 2.7 percent, the German DAX Index is down by 2.5 percent and the French CAC 40 Index is down by 2.3 percent.