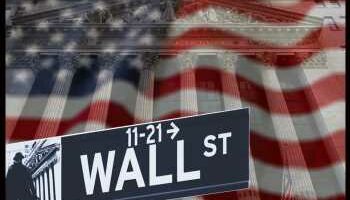 After showing a strong move to the upside early in the session, stocks remain mostly positive in mid-day trading on Monday. The advance on the day comes following the mixed performance turned in by the major averages last week.

Economic optimism is contributing to the buying interest on Wall Street, as the country continues to reopen following the coronavirus pandemic.

Reopening plays are seeing notable strength on the day along with technology stocks, which are benefiting from a rebound in the value of bitcoin.

The economic calendar starts the week relatively quiet but picks up in the coming days with the release of reports on new home sales, consumer confidence, durable goods orders, and personal income and spending.

The personal income and spending report includes a reading on inflation said to be preferred by the Federal Reserve, which could have an impact on the outlook for monetary policy.

While the Fed has repeatedly signaled it believes the recent increase in inflation largely reflects “transitory factors,” a spike in prices could still raise concerns about the central bank tapering its asset purchases.

Semiconductor stocks have moved sharply higher over the course of the session, driving the Philadelphia Semiconductor Index up by 2.2 percent.

Computer hardware stocks are also turning in a strong performance on the day, with the NYSE Arca Computer Hardware Index climbing by 1.4 percent.

HP Inc. (HPQ) is posting a strong gain after Citi upgraded its rating on the computer and printer maker’s stock to Buy from Neutral.

Networking, commercial real estate and retail stocks are also seeing notable strength in mid-day trading, moving higher along with most of the other major sectors.

In overseas trading, stock markets across the Asia-Pacific region turned in a mixed performance during trading on Monday. Japan’s Nikkei 225 Index edged up by 0.2 percent, while Hong Kong’s Hang Seng Index dipped by 0.2 percent.

Meanwhile, European stocks moved mostly higher in light trading, with several markets in the region closed for holidays. While the French CAC 40 Index rose by 0.4 percent, the U.K.’s FTSE 100 Index climbed by 0.5 percent.

In the bond market, treasuries have moved to the upside after ending last Friday’s trading nearly unchanged. Subsequently, the yield on the benchmark ten-year note, which moves opposite of its price, is down by 2.7 basis points at 1.605 percent.