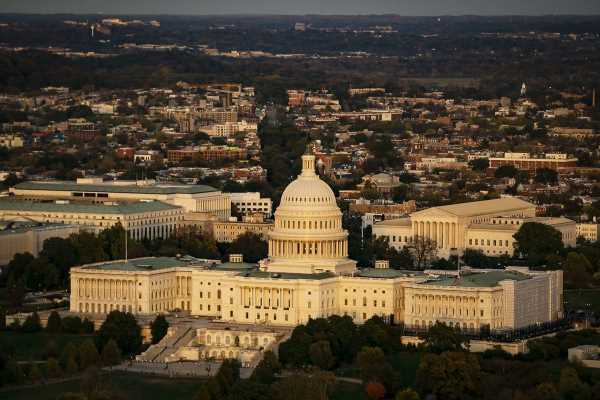 As the new coronavirus spread around the world, sickening tens of thousands of people, President Donald Trump suggested that warm weather would kill the virus and said the number of U.S. cases of Covid-19 was “going very substantially down, not up.” He predicted the imminent availability of a vaccine and blamed the Obama administration for the slow rollout of test kits.

With the number of cases in the U.S. now in four figures, public-health experts have harsh criticism for how the White House has responded. “This is an unmitigated disaster that the administration has brought upon the population, and I don’t say this lightly,” says Ashish Jha, director of the Harvard Global Health Institute. “We have had a much worse response than Iran, than Italy, than China and South Korea.” Financial executives are just as concerned: “Where is the U.S. leadership, which was one of the defining features of the crisis in 2008?” BlackRock Inc. Vice Chairman Philipp Hildebrand said on Bloomberg TV on March 10.

Why didn’t the U.S. move faster?

The federal government’s role in the crisis began in earnest on Jan. 31, when Trump forbade most foreign nationals from entering the U.S. if they had recently traveled to China. “I give Trump credit for the travel restrictions—and he has taken that credit,” says Ian Bremmer, president of Eurasia Group, a political risk consulting firm.

But the few weeks of time the U.S. bought with the travel restriction were frittered away, experts say. What other countries have done, and what the U.S. didn’t do, is immediate and widespread testing for the virus, which Jha says is the single most important step in containing the spread of disease. The administration decided against a test already in use by the World Health Organization and instead developed its own version, even though “you could see the tsunami coming,” Jha says.

The U.S.’s resulting coronavirus test contained a faulty component that led to many inconclusive results. It took several weeks to fix that. Initial U.S. guidelines for testing were also narrow, instructing hospitals and doctors to screen only people who had respiratory symptoms and had either traveled in China recently or come into close contact with someone who had been infected. In California, Oregon, and Washington state, the epicenter of the U.S. outbreak, those limits may have left undetected the virus’s spread to people who had done neither.

The White House’s messaging in January and into late February continued to be that the virus had been contained. “You would literally not know what to do to protect yourself if you were only listening to” the Trump administration, says Bremmer.

While states and public-health departments are largely responsible for their own preparedness and delivery of health care, the administration didn’t make sure hospitals and health departments had the funds, equipment, and training needed to respond to local outbreaks, say epidemiologists and other experts. That left facilities underprepared.

On Feb. 25, the president told reporters traveling with him in India that the virus was “very well under control in our country” and that the U.S. was “in very good shape.” Hours later, federal health officials warned that the spread of the virus was inevitable and advised businesses to arrange for employees to work from home and consider scrapping meetings and conferences.

“It’s not so much of a question of if this will happen anymore, but rather more of a question of exactly when this will happen,” Nancy Messonnier, director of the National Center for Immunization and Respiratory Diseases, part of the Centers for Disease Control and Prevention, told reporters. “We are asking the American public to work with us to prepare, in the expectation that this could be bad.”

Trump’s response, upon returning to the U.S., was to contradict that advice, saying he didn’t believe the virus’s spread was inevitable. “We have it so well under control,” he said. “We really have done a very good job.” As criticism of the U.S.’s slow response grew, Trump on Feb. 26 named Vice President Mike Pence as his coronavirus coordinator. Even then, the president pronounced, “The risk to the American people remains very low.”

The next day, Trump named Deborah Birx as the official in charge of scientific and medical efforts against the virus. Birx, a medical doctor and retired Army colonel, had been the U.S. State Department’s highly respected global ambassador for AIDS prevention and treatment. Experts were pleased by her appointment but put off by what the White House did next—ordering all public communications to go through Pence. Jim Thomas, an epidemiology professor at the University of North Carolina, says previous health scares have typically had a scientist as the public face of the response and complained that this time scientific voices “have had to contend with the confusion introduced by the political voices.” On March 6, Trump signed an $8.3 billion spending measure to speed federal funds for vaccine development and help state and local governments buy masks and other equipment, hire staff, supply laboratories, and assist community health centers. Just after arriving in West Palm Beach, Fla., where he spent the weekend playing golf and hosting a lavish birthday party for his son Donald Jr.’s girlfriend, Trump tweeted, “We have a perfectly coordinated and fine tuned plan at the White House for our attack on CoronaVirus.”

But all over the country, front-line medical workers were telling a different story by warning of supply shortages, and hospitals were uncertain when they’d be able to test suspected cases without relying on government labs. Lawmakers said the federal government would fall far short of being able to test 1 million people within days, as promised. Hospitals were getting fewer than half the high-quality respirator masks they were ordering, said Chaun Powell, a vice president at Premier Inc., which helps hospitals purchase supplies.

If Trump’s goal had been to minimize the threat to keep markets calm, his misstatements and delays may have had the opposite effect: On March 9 the stock market saw its biggest rout since the 2008 financial crisis, sending shares down about 19% from their Feb. 19 all-time high. The U.S. dollar, normally strong in times of crisis as investors seek a haven, has lost value, which may reflect a lack of confidence by markets in the administration’s response.

“The federal government is the only game in town,” wrote Stephen Stanley, chief economist at Amherst Pierpont, in a note to clients, in which he also warned against thinking that additional Federal Reserve easing or fiscal stimulus could do much good. “I would argue that the most important front right now is the public health response,” he wrote, which has “been underwhelming.”

For a president who often measures his success by how well stocks are faring, the market plunge was enough to reverse course on the need for economic stimulus. Trump announced he would meet with congressional officials soon to work on a measure to provide “substantial relief,” including to industries that have been hit by the virus.

What can we do to catch up?

Comparisons with other countries’ responses highlight the U.S.’s lack of central coordination. Singapore is the standout, says Eurasia’s Bremmer. The country responded quickly and transparently, giving the public a wealth of information about how to protect itself. For example, the government created an app to inform users where people with the virus had visited so others could avoid those places. South Korea is a close second, Bremmer says: It created drive-thru testing centers, among other measures.

The U.S. effort is moving toward what those countries have done, belatedly. The CDC is advising high-risk people to stock up on medicine, food, and household necessities and to avoid crowds and contact with people who are sick. Conferences, festivals, sporting events, college classes, and business travel are being sharply curtailed. Under pressure from governors, several large health insurance companies said they’d waive patients’ costs for coronavirus tests. Labs in every state are now capable of testing for the virus. But Illinois Governor J.B. Pritzker said on March 10 he was “frustrated” by the federal government’s lack of assistance with testing.

For now, the Pollyanna-ish tone at the top has died down. On Feb. 27, CDC Director Robert Redfield downplayed Messonnier’s warning that the virus would spread beyond those who had traveled to China or come into contact with an infected person. By March 10, he conceded to House lawmakers that the U.S. is past a containment-only approach and must now try to limit the virus’s impact: “In some areas, we’re in high mitigation.” —With Justin Sink, Mario Parker, Jennifer Jacobs, John Tozzi, and Steve Matthews