Nirav Modi, the fugitive diamond merchant wanted in India to face charges of fraud and money laundering in the estimated $2-billion Punjab National Bank (PNB) scam case, has lodged his appeal against extradition from the UK and the case will be heard at the high court in London on December 14. 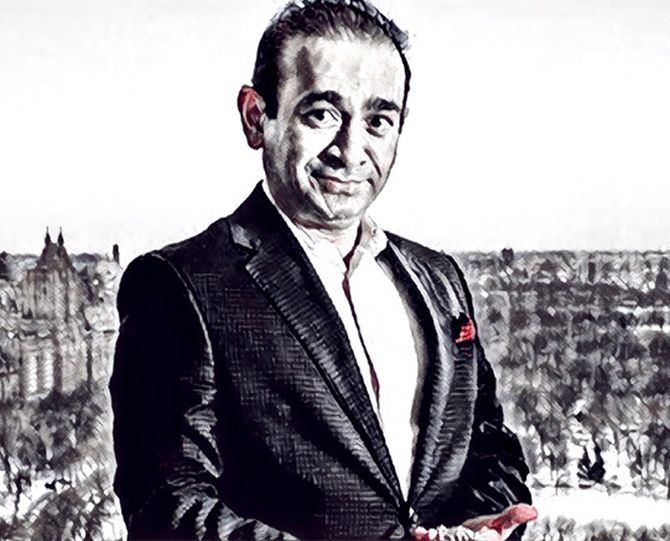 The 50-year-old jeweller, who remains behind bars at Wandsworth Prison in south-west London since his arrest in March 2019, was granted permission to appeal against the Westminster Magistrates’ Court extradition order on mental health and human rights grounds.

High court judge Martin Chamberlain had ruled on August 9 that arguments presented by Modi’s legal team concerning his “severe depression” and “high risk of suicide” were arguable at a substantial hearing.

“This case is fixed for a one-day hearing on 14th December,” a high court official said, in reference to the substantial hearing.

The UK’s Crown Prosecution Service (CPS), which represents the Indian authorities in court, confirmed it will be contesting the appeal on behalf of the Indian government.

The appeal against District Judge Sam Goozee’s February ruling to send the case to the Home Secretary was granted leave to appeal on two grounds – under Article 3 of the European Convention of Human Rights (ECHR) to hear arguments if it would “unjust or oppressive” to extradite Nirav Modi due to his mental state and Section 91 of the Extradition Act 2003, also related to mental ill health.

“I will not restrict the basis on which those grounds can be argued, though it seems to me that there should be a particular focus on whether the judge was wrong to reach the conclusion he did, given the evidence as to the severity of the appellant’s [Modi’s] depression, the high risk of suicide and the adequacy of any measures capable of preventing successful suicide attempts in Arthur Road prison,” Justice Chamberlain’s August ruling notes.

The adequacy of measures capable of preventing “successful suicide attempts” at Arthur Road Jail in Mumbai, where Modi is to be detained upon extradition to India, also fall within the arguable ambit.

The permission to appeal was denied on all other grounds, including the admissibility of evidence provided by the Enforcement Directorate (ED) and the Central Bureau of Investigation (CBI) and against UK Home Secretary Priti Patel’s extradition order.

The high court also noted that the District Judge’s approach to the identification of a prima facie case in the estimated $2-billion Punjab National Bank (PNB) fraud case was “correct”.

“Given the test he had to apply, and the volume of evidence relied upon against the appellant [Modi], he was entitled to conclude that each of the requests disclosed a prima facie case,” the high court ruling notes.

Modi is the subject of two sets of criminal proceedings, with the CBI case relating to a large-scale fraud upon PNB through the fraudulent obtaining of letters of undertaking (LoUs) or loan agreements, and the ED case relating to the laundering of the proceeds of that fraud.

He also faces two additional charges of “causing the disappearance of evidence” and intimidating witnesses or “criminal intimidation to cause death”, which were added to the CBI case.

If Modi wins the December appeal hearing in the high court, he cannot be extradited unless the Indian government is successful in getting permission to appeal at the Supreme Court on a point of law of public importance.

On the flip side, if he loses that appeal hearing, Modi can approach the Supreme Court on a point of law of public importance, to be applied for to the apex court against the high court’s decision within 14 days of a verdict.

However, this involves a high threshold as appeals to the Supreme Court can only be made if the high court has certified that the case involves a point of law of general public importance.

Finally, after all avenues in the UK courts are exhausted, the diamantaire could still seek a so-called Rule 39 injunction from the European Court of Human Rights.