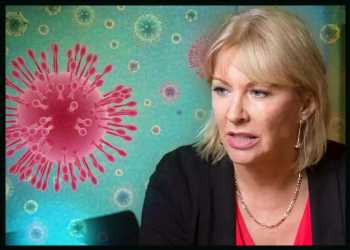 Britain’s Junior Health Minister Nadine Dorries revealed that she has been diagnosed with coronavirus.

The Conservative MP is the first British lawmaker to test positive for the killer bug.

With this, the number of coronavirus cases in the UK rose to 383 and casualties increased to six.

In other coronavirus-related news, German Chancellor Angela Merkel warned that up to 70 percent of the country’s population could be become infected by the virus.

Major sporting and other events are affected over COVID fears.

One of the world’s biggest music festivals, Coachella, was postponed until October.

New York’s governor Andrew Cuomo announced that the National Guard will be deployed to New Rochelle town, which saw “the largest cluster” of COVID cases in the United States, to contain the spread of the virus.

Confirmed cases of coronavirus in the country crossed 1,000.

Some key industries in the Chinese city of Wuhan, where the outbreak began, will resume operations.