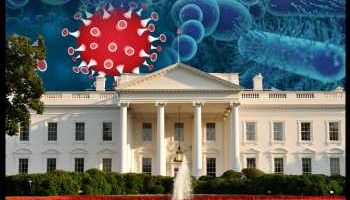 President Donald Trump signed a $100 billion emergency relief package that will benefit workers and the general public affected by COVID-19.

The Families First Coronavirus Response Act, which the House of Representatives passed last week, was overwhelmingly approved by the Senate by a 90-8 vote Wednesday.

Speaking in favor of the Bill, Senate Majority Leader Mitch McConnell said, “This is a time for urgent bipartisan action, and in this case, I do not believe we should let perfection be the enemy of something that will help even a subset of workers.”

Meanwhile, two members of the House tested positive for COVID-19 – Ben McAdams, a Utah Democrat, and Diaz-Balart, a Republican from Florida.

First COVID-19 fatalities were reported in Connecticut, Michigan, Missouri and Pennsylvania on Wednesday.

In Italy, the second worst-affected country, the number of COVID-19 deaths is nearing 3000. 475 people died on Wednesday. It was the biggest rise in a day since the outbreak.

Australia and New Zealand closed their borders to non-residents.

For the first time, China reported no new cases on Thursday, which is seen as a good sign for the country worst-hit by the deadly disease.

In the world of sports, English football became the latest casualty of COVID-19. All games in England’s Premier League, EFL, Women’s Super League and Women’s Championship will be suspended until at least April 30.

The International Olympic Committee chief Sebastian Coe told BBC that it is too early to decide whether to cancel the Tokyo Olympics, which is scheduled to begin in July.